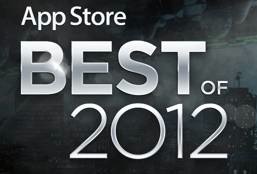 Apple today posted a comprehensive list of the top iTunes sellers in 2012, ranging from e-books and podcasts to television shows and movies to apps and songs. The charts representing the best iTunes content in 2012 list the top sellers for every iTunes category. Paid and free apps are listed separately, and then again for the iPhone and iPad. Go past the fold to see if your favorite apps made it on the list…

The full list is available via this iTunes link and covers Apple editors’ picks as well as the best-selling free and paid Mac and iOS apps, Music, Movies, TV Shows, Books and Podcasts.

As you can see for yourself, Apple’s iPhone App Of The Year is Action Movie FX, an awesome movie effects app from Bad Robot Interactive.

The program turns your iPhone into a bonafide action movie-maker, allowing you to add high-quality digital effects to your videos like explosions, car crashes and two dozen others.

As for the iPad App Of The Year, Apple chose Paper by FiftyThreee, a drawing and sketching software that many people think borrows a few clues from Microsoft’s never-released Courier tablet project. 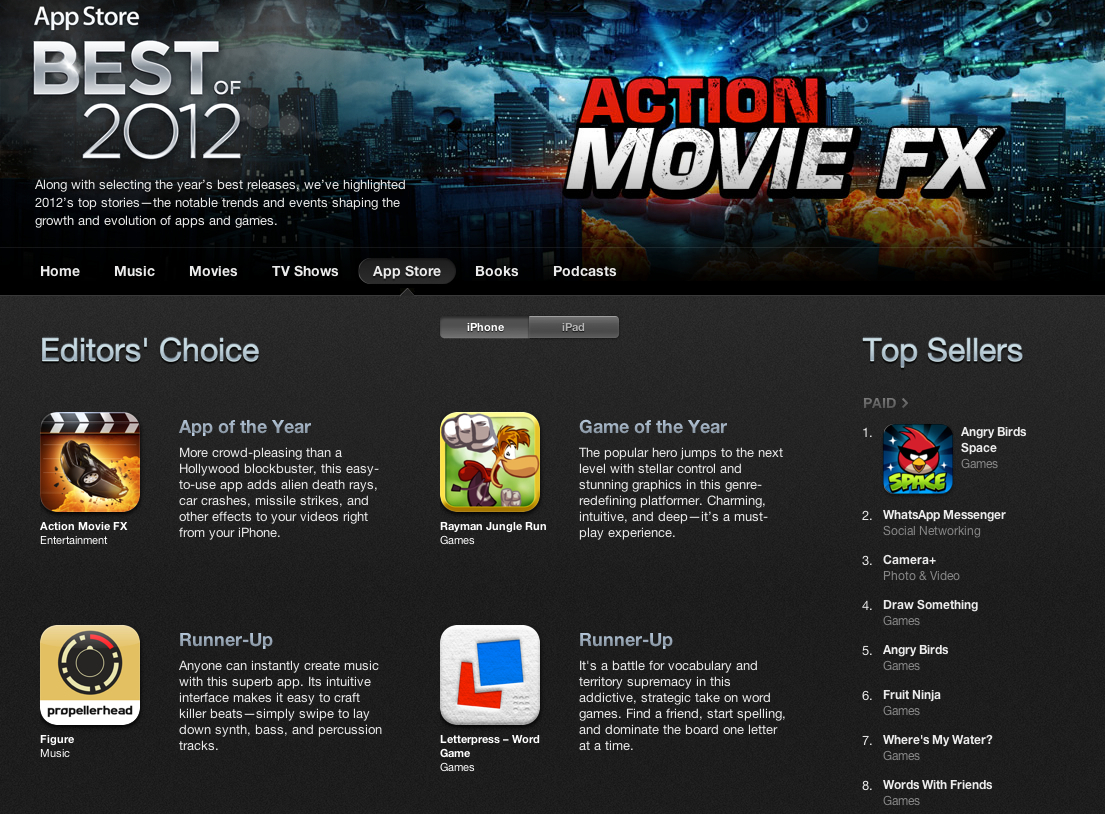 The Disruptive Services category (one of many sub-categories available in the charts) lists several apps that have proved more than noteworthy, including Airbnb and Square Wallet.

Other picks include Mini Motor Racing for “Casual Games”, Ski Safari for “Fun Runners”, Lili for “New Ways To Play” and Clear to-do app for “Intuitive Touch”, to name a few. 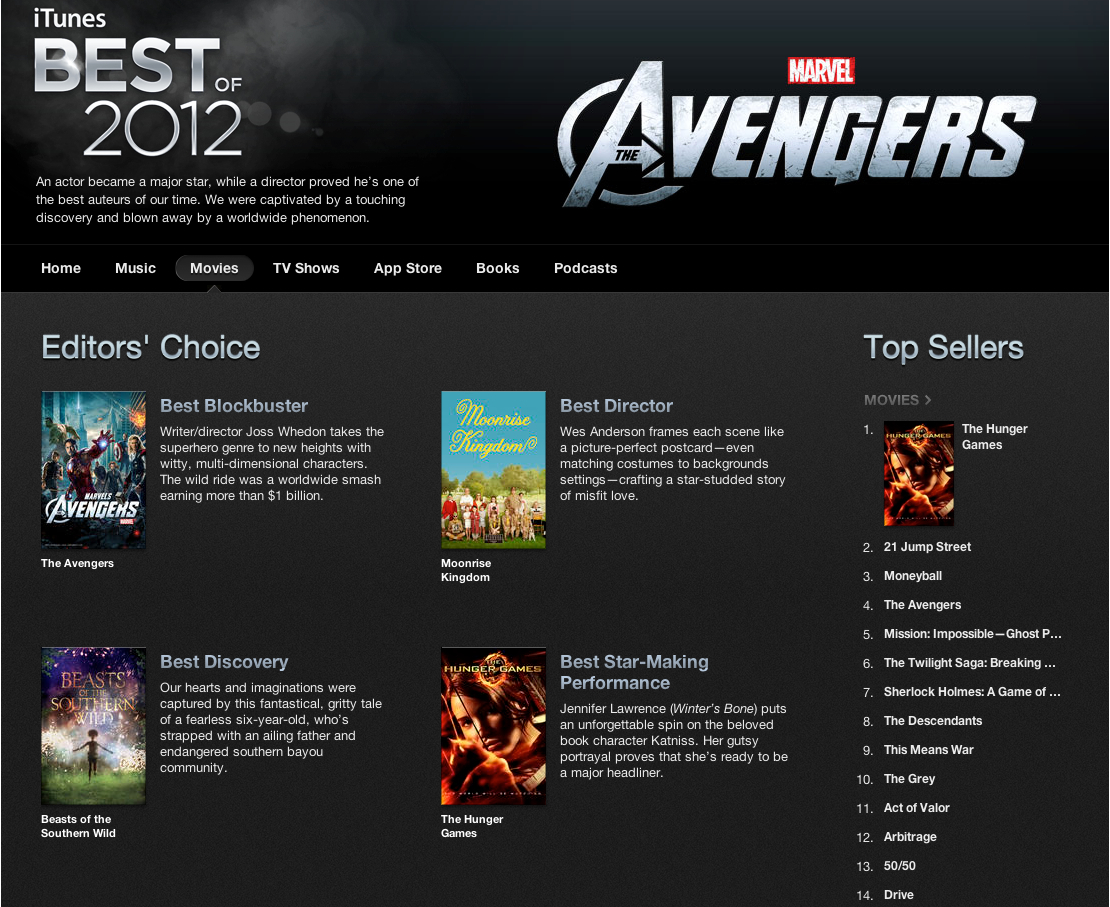 As for paid iPhone apps, the top five are Angry Birds Space, WhatsApp Messenger, Draw Something, Camera+ and Where’s My Water. 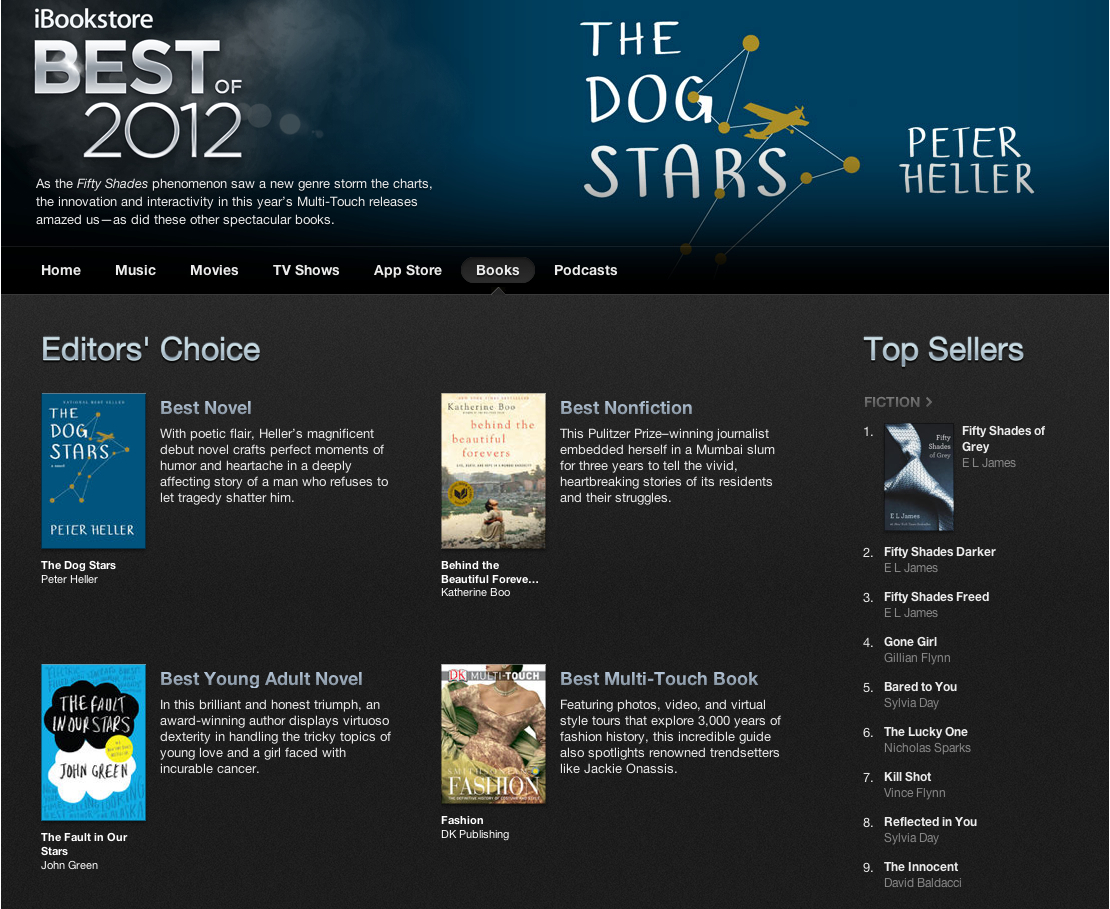 The iPhone maker also picked Amplified its Best New Technology podcast of the year. The talk show features John Gruber and is quite different from the previous edition starring Dan Benjamin who kept the show focused.

The full list of all iTunes top sellers in 2012 is right below.

On the Mac side, the awesome journaling app Day One won the title of “2012 App of the Year”.

Seriously? Two completely different apps! “@dujkan: Evernote? Thanks, but no thanks. Day One FTW! itunes.apple.com/us/app/day-one…”

Over the past year, the Mac App Store was packed with impressive new apps and games. Some were dazzling debuts, while others were existing apps updated to leverage new features in OS X Mountain Lion or to take advantage of the Retina display of the new MacBook Pro. Browse the apps and games we loved most in 2012. 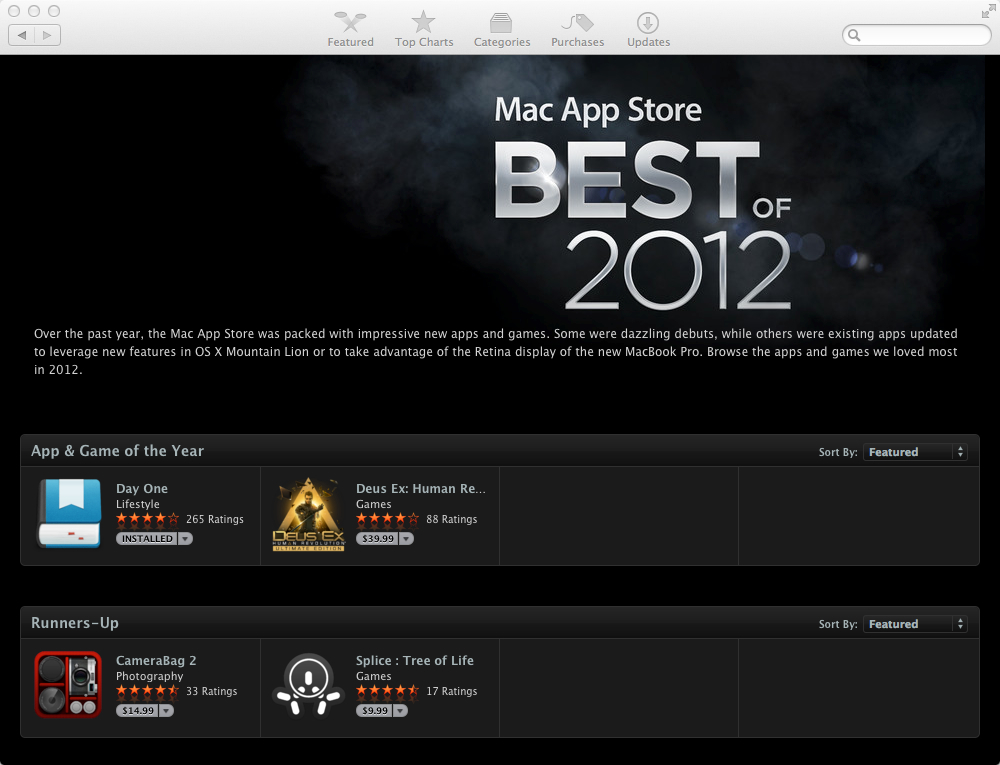 Any favorite apps of yours Apple hasn’t picked?