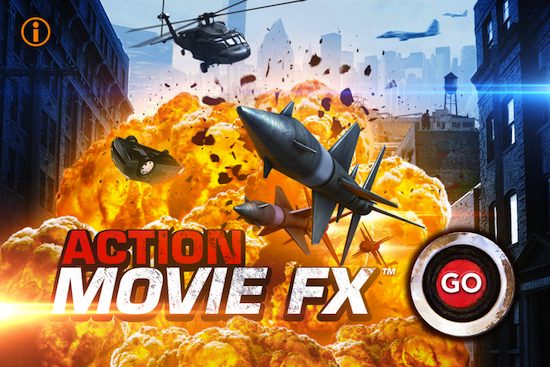 Applications can turn a smartphone into a swiss army knife, enabling it to do a number of things outside of its native scope of abilities.

Action Movie FX is a perfect example of that. The recently-released app turns your iPhone into a bonafide action movie-maker, allowing you to add high-quality digital effects to your videos like explosions and car crashes…

Action Movie FX is the first iOS app from Bad Robot Interactive. The company is responsible for some of the year’s biggest box office hits, including Super 8 and Mission: Impossible — Ghost Protocol.

Now you too can create blockbuster action movies with Action Movie FX. The app itself is free, and comes with two special effects: Missile Attack and Car Smash. Other effects are available as in-app purchases for $0.99.

As you can see in the video, the app doesn’t just create realistic visuals, but also top-notch sound effects. And after creating an action scene, users can share the clip via Facebook or Email, or choose to save the video to the Camera Roll.

Even if you’re not an aspiring movie-maker, Action Movie FX is quite entertaining. If you want to check it out, it’s available in the App Store for free.