Under questioning by U.S. government lawyers, an Apple executive testified that the company owns about 20 percent of the U.S. e-book market – double the figure many observers had assumed.

The surprising percentage was revealed as the head of the company’s iBookstore service refuted government charges of conspiracy to set e-book prices.

During the sixth day of testimony in the Department of Justice’s lawsuit against Apple, company director Keith Moerer said iBookstore grabbed twenty percent of e-book sales soon after opening, a figure it continues to hold. Additionally, he said iBookstore sales increased 100 percent in 2012 with more than a hundred million customers…

After government lawyers described the iBookstore as “a failure,” Moerer countered.

“I disagree,” he was quoted by Publishers Weekly. “E-book sales grew 100 percent last year at the iBookstore and it had over 100 million customers.”

At issue in the trial is whether Apple pressured publishers to switch their contracts with Amazon from wholesale (where the Seattle-based company set the price) to the agency model, allowing publishers to set their own (often higher) price.

Throughout the trial, Apple witnesses testified the company was “indifferent” to what publishers decided. Then came an email via Fortune’s Philip Elmer-DeWitt from Steve Jobs to Apple’s iCloud boss Eddy Cue on a request from the publishers to raise the contract’s top price, or price cap.

I can live with this as long as they move Amazon to the agent model too for new releases for the first year. If not, I’m not sure we can be competitive.

Moerer admitted that the memo did not suggest Apple was “indifferent” about which e-book contract publishers should pick. 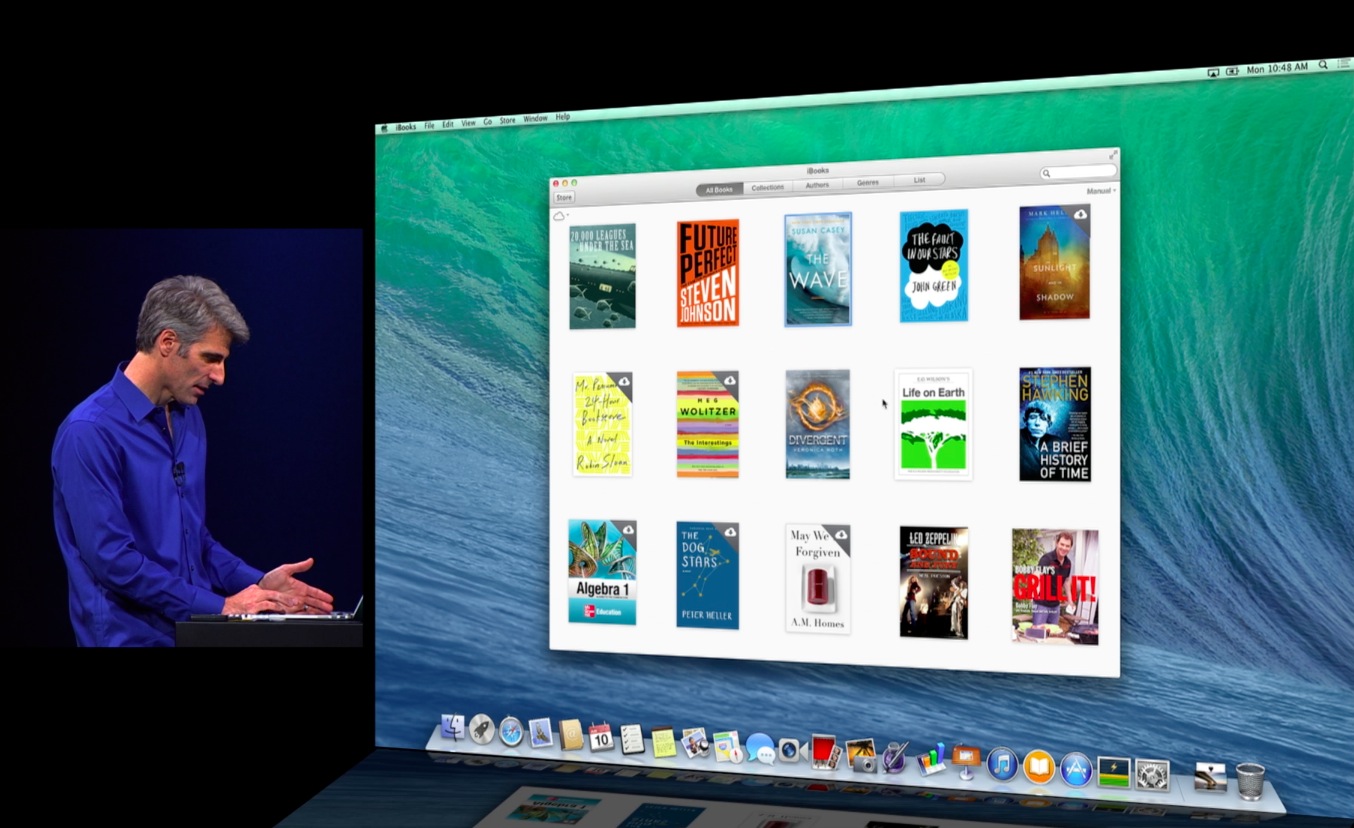 Apple’s iBooks application is currently available on the iPhone, iPod touch and iPad.

That will change with a Fall release of OS X Mavericks, which includes the Mac version of the software, depicted top of post.

According to Apple, the iBookstore is now home to over 1.8 million electronic books.