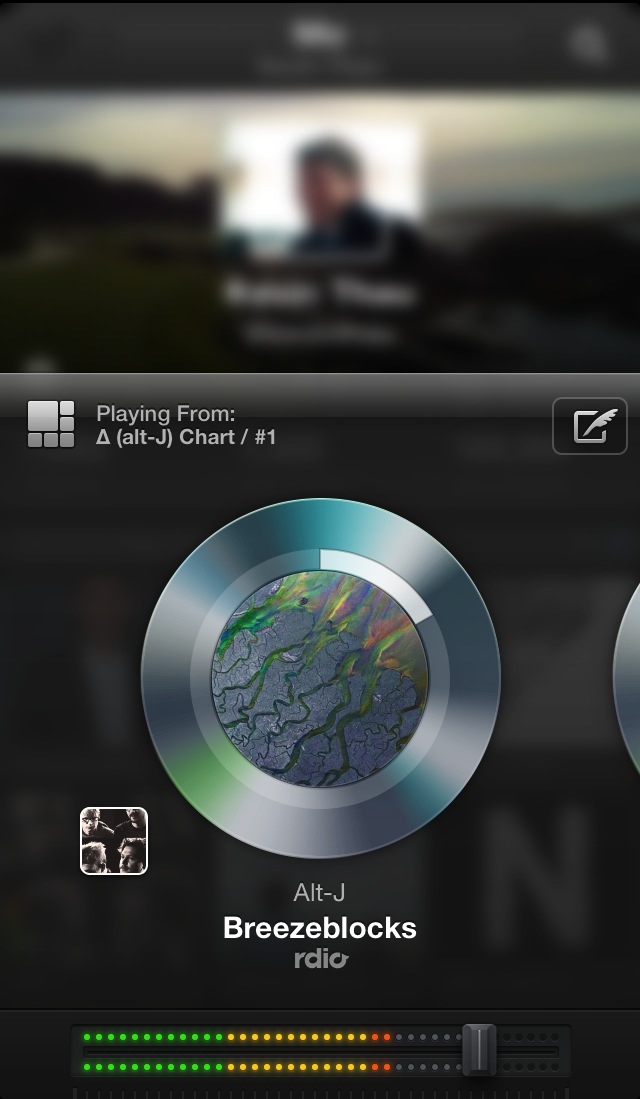 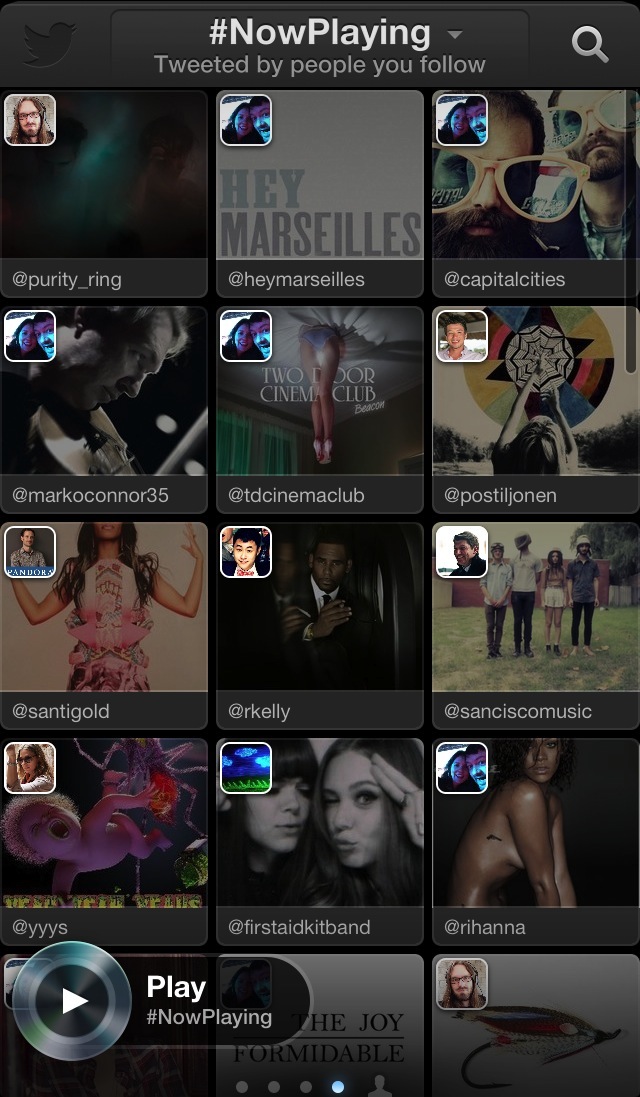 The popular micro-blogging turned media platform, Twitter, announced Wednesday that its new Music app is now available for Apple’s iPhone and iPod touch, free of charge. Twitter’s music service on the web, which has been available in limited beta to a few celebrities, will open for everyone later today. Billed as “a new way to discover music and emerging artists”, the native iOS app, which is conveniently named Twitter #music, basically wants to become your default social music discovery tool.

Currently, the software pulls songs from iTunes, Spotify and Rdio, but more sources are likely to be added in the future. Anyone can listen to iTunes previews in the app, but Rdio and Spotify subscribers can log in using their credentials to enjoy full tracks that are available in those respective catalogs…

Based in part on the company’s recent acquisition of the music startup known as We Are Hunted, Twitter #music helps you discover new music by recommending artists and songs based on a number of personalized criteria, including the artists that both you and your followers follow or have shared and music currently trending on Twitter.

Twitter and music go great together. People share and discover new songs and albums every day. Many of the most-followed accounts on Twitter are musicians, and half of all users follow at least one musician.

This is why artists turn to Twitter first to connect with their fans — and why we wanted to find a way to surface songs people are tweeting about.

According to a blog post, the app’s Emerging sections lists “hidden talent found in tweets”, but there are also Popular and Suggested tabs, the former focusing on songs trending on Twitter and the latter showing artist and song recommendations based on the bands and artists you follow.

The #NowPlaying tab shows you what your friends are currently listening to. 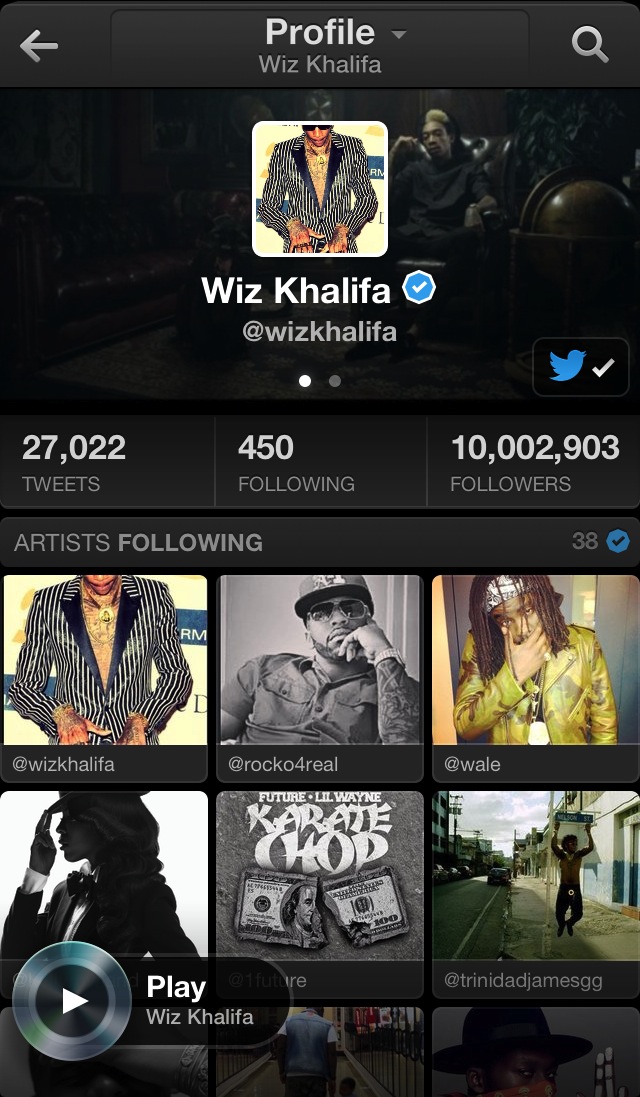 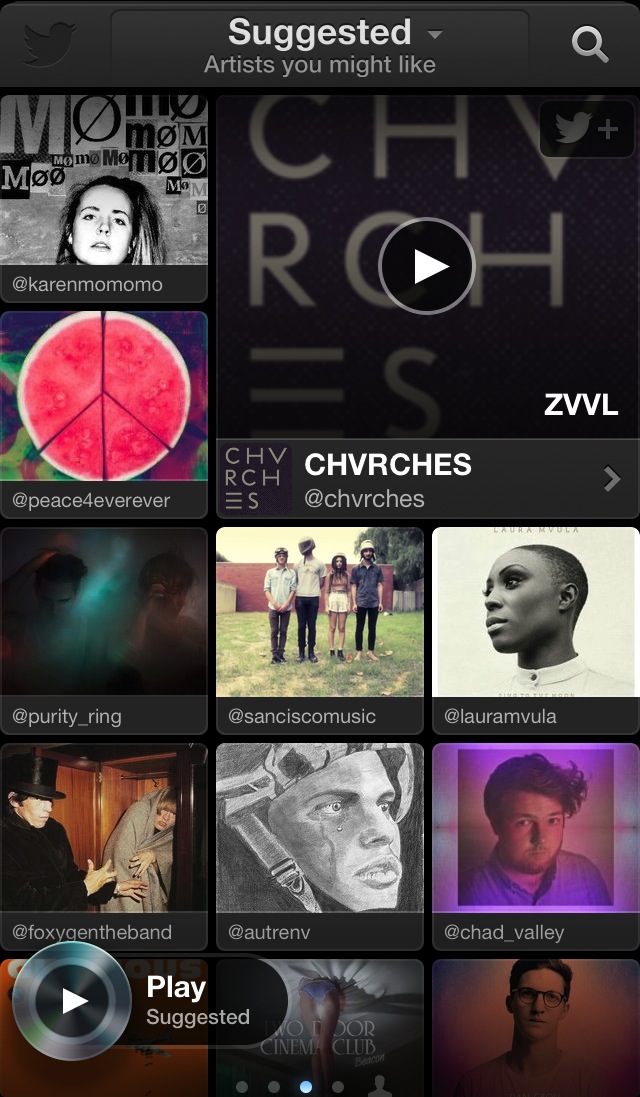 According to ABC News Joana Stern’s hands-on with Twitter #music, you don’t have to leave the app to listen to song snippets and it supports AirPlay right within the player.

Furthermore, the software also incorporates artist’s Twitter profile pages, you can search for artists via the search field and play a selection of songs from them from their integrated profile pages.

And, of course, you can tweet songs right from the app.

The web application is also opening for everyone later today at music.twitter.com.

The app initially launches in the United States, Canada, the United Kingdom, Ireland, Australia and New Zealand. Twitter promised to bring it to Android as well as to more countries “over time.”