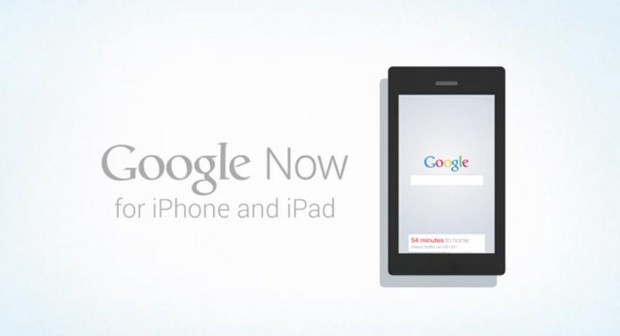 An alleged promo video thought to show off an unreleased build of Google Now for the iPhone and iPad has piqued our interest, as you could imagine. It was pulled from YouTube soon after, posing questions about the state of the official Google Now software for Apple’s mobile platform.

Speaking at the Google Big Tent Summit in India, Google’s Executive Chairman Eric Schmidt hints Google Now has been submitted to Apple for approval. He suggested the ball is now in Apple’s court. If approved, Google Now features are likely to be added to the Internet giant’s native Search iOS app.

Update: Apple confirmed to CNET that Google never submitted Google Now to the App Store in the first place…

TechCrunch has the quote (emphasis mine):

Schmidt responded to a direct question from moderator Alan Rusbridger about when Google Now would work on his iPhone with “You’ll need to discuss that with Apple”.

The conference video is available here and Schmidt’s comment is at mark 17:50.

Asked to comment on the Maps app fate, he similarly said Apple would “have to approve it.”

Less than three months later, the software was released on the App Store.

Here’s the leaked Google Now clip (Flash and low-res only).

Google Now, a new Android 4.2.x Jelly Bean feature, is designed to harvest various bits of information from your Google Account, Gmail messages, search queries, calendars, contacts and other places in order to present the exact right information, exactly when the user needs it.

Skeptics think Google is foolish to port such a major feature of Android to iOS.

Keep in mind Google is giving away Android for free. It’s not like the company is in it for market share or anything like that, despite its lead in terms of activations and Android handset sales.

But with iOS already earning Google an estimated four times the revenue of Android, Google clearly doesn’t discriminate when it comes to providing its services across platforms.

The more people use Google services on their mobile devices (Android or not), the more value the company can put on ads shown to mobile users. And advertising is what makes Google tick.

Last fall, some Now aspects made it into Google’s Search iOS app, here’s your promo.

As Google Now features rely heavily on location and contextual-based information, we’re expecting these to be part of the next major Search iOS app update – of course, should Apple approve it.

Will Apple ever allow Google Now on iOS?