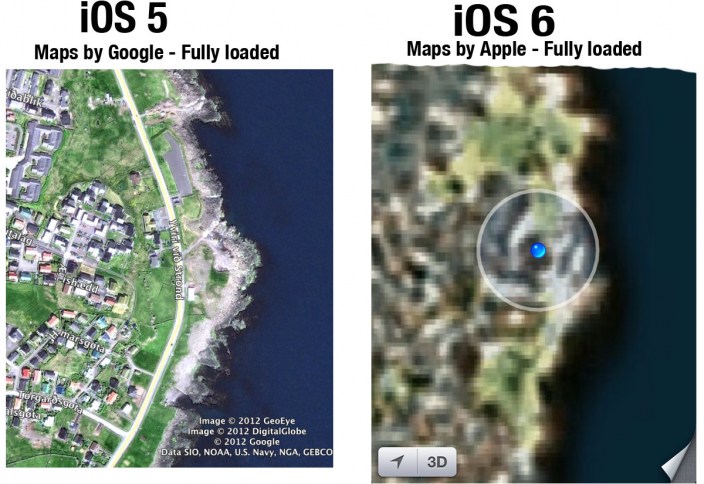 Unless you’ve been sleeping under a rock for the past 24 hours, you are aware that crappy Apple Maps in iOS 6 provoked a very public backlash. We told you earlier today that a Google executive hinted in a brief interview with Bloomberg TV that iPhone 5 users can go download Google Maps, an unusual wording given that a rumored native Google Maps app couldn’t be found on the App Store yet.

Adding fuel to fire, The Guardian newspaper reports that Google submitted the program and that it is now in Apple’s sole discretion to approve it. Whether or not club Cupertino greenlights the nsoftware or throws it down the toilet over duplicate functionality remains to be seen.

At any rate, a native Google Maps experience akin to the recently released YouTube app would be more than welcome given the controversial downgrade that is Apple’s in-house mapping solution in iOS 6…

UPDATE: The Loop’s Jim Dalrymple denied the claim that Google has its Maps app for review.

The Guardian has the story:

Google, I hear from roundabout sources, is enjoying the bad press Apple is suffering.

I bet they are.

It would be surprising if its mappers could resist some schadenfreude, since they are very proud of their work; having it rejected wholesale must be galling.

It’s also worth pointing out that Google has years-long expertise in building comprehensive mapping services. The company employs tons of people charged with making sure that mapping data is up to date and accurate.

And now this, emphasis mine:

The same sources say that Google is preparing a Google Maps app for iOS6, which will appear in time.

Does that mean Apple will approve it?

No official statement has been made and there will inevitably be questions over whether Apple will approve it in the App Store. Apple might not, on the basis that it “competes with existing functionality”, but would invite a further backlash if it did.

Let’s hope it doesn’t take as long as the Google Voice app, which spent a whole year until Apple’s review team put it through purgatory.

iOS developer Steve Troughton-Smith responded to The Guardian story on Twitter with a “yep”.

Per TechCrunch, Google hopes to have iOS Maps app in the App Store “before Christmas”.

I was able to confirm independently that Google internally has had a native Maps experience for the iPhone in various stages of development. My source wasn’t able to confirm whether the version Google allegedly submitted to Apple is same as the one it’s been working on for quite some time. 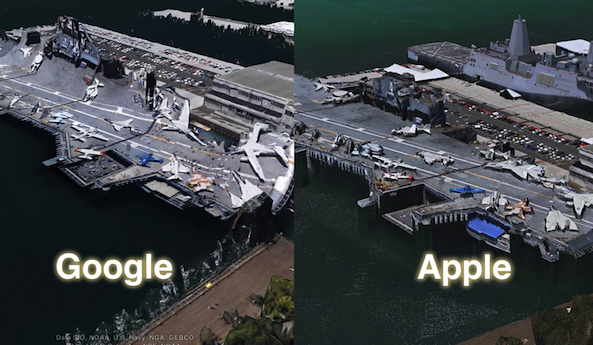 According to TheUnderstatement.com and Apple’s website, 51 countries have no access to Transit data in iOS 6 Maps, 24 countries lost traffic data, 41 countries are without access to Street View and 20 countries don’t support turn-by-turn navigation and 3D Flyovers.

One way to get back the Google Maps experience after updating to iOS 6 entails opening maps.google.com in Safari and adding a shortcut to your home screen via the Share menu. This will create a handy home screen icon to the Google Maps web app that supports transit, directions and other features.

Of course, it’s not as smooth or pretty an experience as stock Google Maps iOS app used to be.

Think of it as a stopgap solution until Apple approves Google’s software.

We ran a little poll earlier in the week, asking you, our readers, whether or not you are looking forward to the native Google Maps experience on the iPhone. The results were a tad surprising, with a whopping 85 percent voting YES. 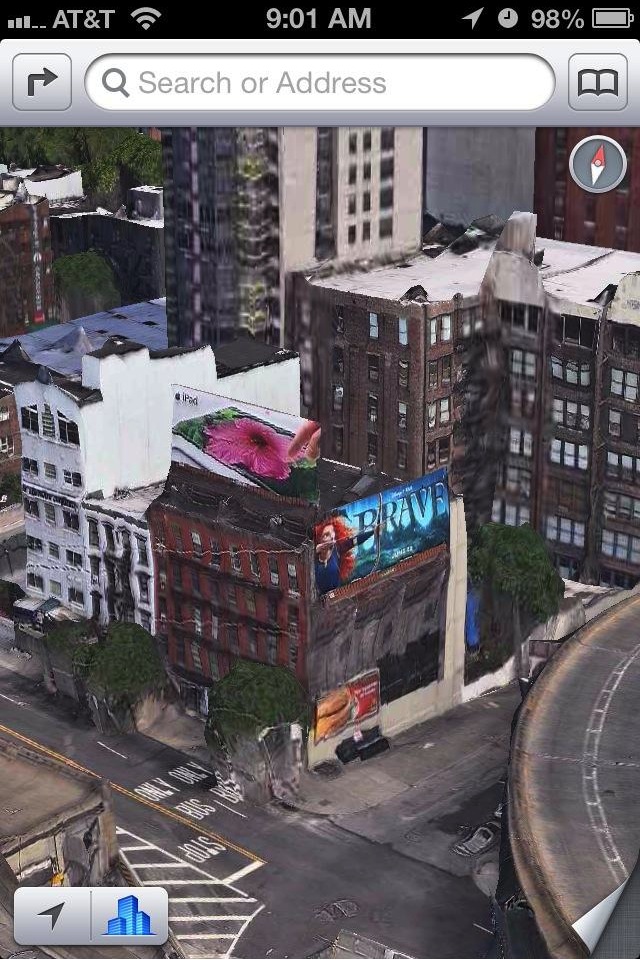 Apple’s mapping solution is a solid initial release, but in certain aspects leaves a lot to be desired.

An Apple spokesperson said that “we appreciate all of the customer feedback and are working hard to make the customer experience even better”, underscoring its Maps solution is a cloud-based service  that gets better over time, as more people use it.

Whichever way you look at it, it’s going to take years until Apple smooths out tons of rough edges and perfects its data sets. Only then will Apple Maps be able to take on Google’s solution.

Until then, I wouldn’t use Apple Maps in iOS 6 to navigate around if I were you.