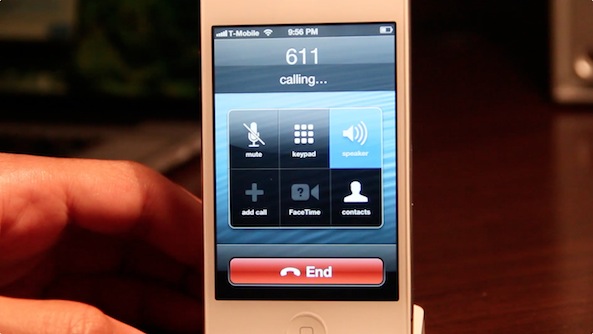 R. David Edelman, a Senior Advisor for Internet, Innovation, and Privacy  for the White House, Monday published the official response stating the government stands in support of those wishing to unlock their cellphones once they have fulfilled the terms of the contract. Unlocking your iPhone, as you know, basically frees your handset from the clutches of your carrier so you can take it to any wireless company’s network…

Earlier this year, the expiration of an exemption in a digital copyright has prompted outrage from cell phone owners. The exemption by the Library of Congress was in place for the past six years and it effectively stopped enforcement of the ban on circumvention of technological protection measures controlling access to copyrighted software on cell phones.

This means that as of January 26, unlocking your handset is illegal.

Monday, White House in its official petition response acknowledges that “consumers should be able to unlock their cell phones without risking criminal or other penalties,” while noting the same rights should extend to other mobile devices such as tablets:

The White House agrees with the 114,000+ of you who believe that consumers should be able to unlock their cell phones without risking criminal or other penalties. In fact, we believe the same principle should also apply to tablets, which are increasingly similar to smart phones.

The administration is adamant that “neither criminal law nor technological locks should prevent consumers from switching carriers when they are no longer bound by a service agreement or other obligation” and is urging US telcos to re-think their policies.

The government is also calling on the FCC and the National Telecommunications and Information Administration to weigh in on the issue.

The Library of Congress in a separate response today also agrees that the cell phone unlocking problem would benefit from review and resolution in that context.

As designed by Congress, the rulemaking serves a very important function, but it was not intended to be a substitute for deliberations of broader public policy.

However, as the U.S. Copyright Office has recognized many times, the 1201 rulemaking can often serve as a barometer for broader policy concerns and broader policy action.

The most recent rulemaking has served this purpose.

The Copyright Office of the Library of Congress recently reversed its longstanding position and stated it is a violation of the Digital Millennium Copyright Act for consumers to unlock new mobile phones, even those outside of contract periods, without their wireless providers’ permission, and that consumers are subject to criminal penalties if they do.

From a communications policy perspective, this raises serious competition and innovation concerns, and for wireless consumers, it doesn’t pass the common sense test.

The FCC is examining this issue, looking into whether the agency, wireless providers, or others should take action to preserve consumers’ ability to unlock their mobile phones.

He is also encouraging Congress to take a close look and “consider a legislative solution.”

A lawyer for CTIA, which is the wireless trade group representing wireless carriers, unsurprisingly argues that “unlocked phones are freely available in the marketplace”.

His statement, obtained by AllThingsD, reads:

Customers have numerous options when purchasing mobile devices. They may choose to purchase devices at full price with no lock, or at a substantially discounted price – typically hundreds of dollars less than the full price – by signing a contract with a carrier.

When the contract terms are satisfied, or for a reason that is included in the carrier’s unlocking policy – such as a trip outside the U.S. – carriers will unlock a phone at their customer’s request.

So these wireless companies basically think they should be allowed to get away with their practice of locking devices to their network.

On one hand, one could feel sympathetic to carriers as they often subsidize expensive devices in return for a contractual commitment from users, so they could recoup huge upfront payments to phone vendors over the course of their users’ wireless service contracts.

On the other hand, paying the full price for an off-contract device and still not being allowed to take it to another network seems plain wrong, no matter how you look at it.

In my view, unlock bans are illegal and these greedy telcos should be put in their place.

What’s your position on this issue?

Further reading: how to unlock the iPhone