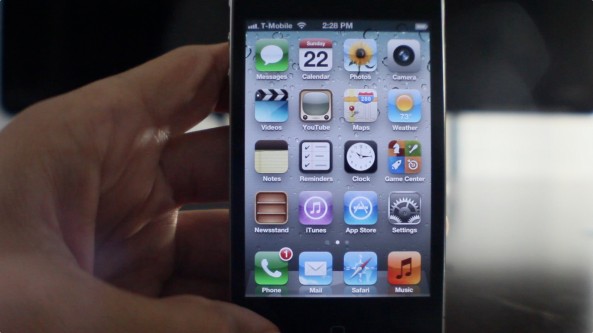 The federal government is expressing concern about the recent criminalization of unlocking cell phones. FCC Chairman Julius Genachowski said Thursday his office will look at the subject to see if and what the agency can do. Earlier this year, an exemption in a digital copyright law expired, prompting outrage from some mobile phone owners.

The head of the FCC said he is “concerned” that a return to the ban on unlocked cell phones could stifle competition or limit innovation. As Cody reported last month, a White House petition calling for again allowing unlocking drew more than 100,000 signatures…

Although he is unsure whether the FCC should permit consumers to unlock their cell phones, Genachowski told TechCrunch writer Gregory Ferenstein that reinstating the ban “raises competition concerns, it raises innovation concerns.”

Ferenstein opines that should the FCC discover “some latent authority to give users more freedom over their choice in carriers, it will mean another big victory for grassroots Internet activism”.

After the ban went into effect, netizens quickly rushed to demand an answer from the White House, sending over 100,000 signatures on the WeThePeople petition platform, which mandates that the Obama administration offer an official explanation.

The FCC Director noted he’s uncertain whether his agency even has the authority to extend an exemption in the federal Digital Millennium Copyright Act. That exemption, in place for the past six years by the Library of Congress, stopped enforcement of the Act’s ban on “circumvention” of copy protection.

For some time, cell phone providers have relied on device locking to prevent subscribers from leaving without paying hefty early-termination fees. Increasingly, hackers have provided ways for consumers to unlock their phones, allowing subscribers to use a handset at another carrier.

In February, a group of activists used a way for citizens to petition the White House. The WeThePeople feature at the whitehouse.gov website pledges any petitions garnering more than 100,000 signatures will get an official response from the Obama administration.

We are unsure whether the FCC comments are hints that the administration is prepared to overturn the ban on unlocking cell phones. At any rate, if anything should be illegal, it’s legislation that prevents users from unlocking their devices and using them with any carrier they want.