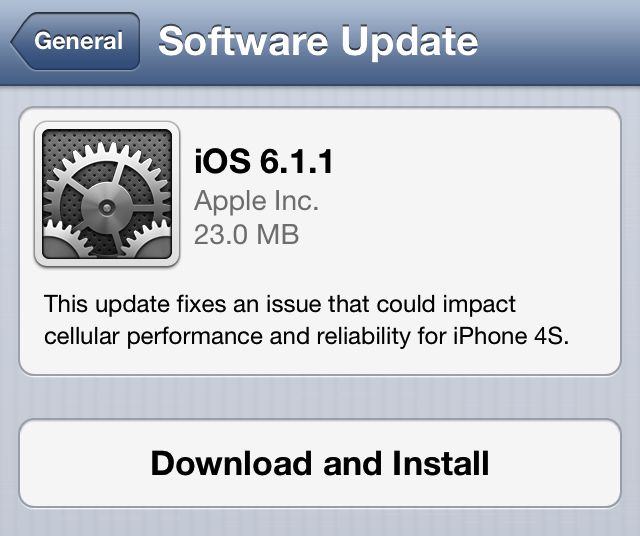 Right on cue, Apple has rushed out the new iOS 6.1.1 firmware update to the iPhone 4S owners to fix 3G connectivity issues, enterprise problems and quite possibly squash a few reliability related bugs. iPhone 4S owners can apply an over-the-air update by going to Settings > General > Software Update. Of course, if you’re already jailbroken, do not update to iOS 6.1.1 until it becomes clear whether or not it breaks the jailbreak…

The update with the build number 10B145 “fixes an issue that could impact cellular performance and reliability for iPhone 4S”, per release notes accompanying the paltry 23MB download.

iOS 6.1.1 was in testing for members of Apple’s developer program since February 6.

Quick, do the math in your head: it took only five days to roll it out.

So much about the “fragmented” iOS landscape.

If you have jailbroken or unlocked your device, stay away from iOS 6.1.1 because at this time you can’t use evasi0n to jailbreak the new firmware. Do not hit the Update button until evasi0n is updated – unless you’re OK with losing the jailbreak.

To be on the safe side, there’s a new feature in the latest evasi0n jailbreak version 1.2 which disables over-the-air updates. Those already jailbroken can update the ‘evasi0n 6.0-6.1 Untether’ package in Cydia.

It’s also a good practice to save your SHSH blobs for iOS 6.1 as Apple will stop signing the firmware shortly after 6.1.1 hits. 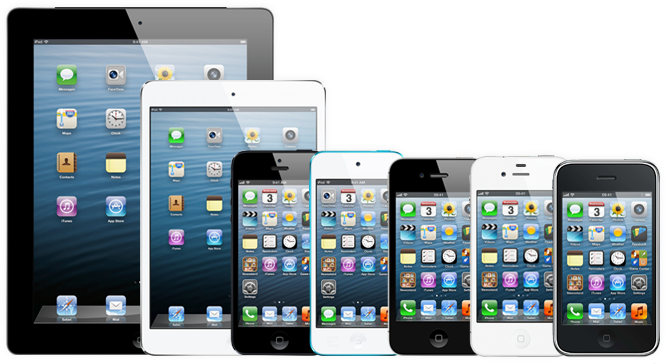 You can manually download iOS 6.1.1 via iDB’s downloads page.

9to5Mac reminds us that the recently seeded iOS 6.1.1 beta with Maps fixes for Japan will be renamed to a different version number when it is publicly released.

iOS 6.1.1 beta will be renamed to a different version with the next developer release and will include the fixes included in the public release of iOS 6.1.1 in addition to the improvements to Maps for Japan.

Per our non-scientific poll, half of those having issues with iOS 6.1 reported problems with the battery drain (cased by an Exchange bug), with another 25 percent observing problems with the handset’s 3G performance.