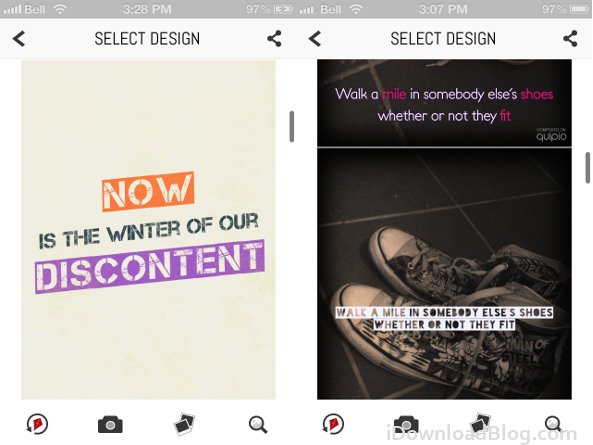 You’ve probably seen beautifully captioned photos floating around Facebook and Tumblr, and thought you’d try your hand at making some of your own. The problem with making typography look good over a photo is it takes a bit of effort and design sense, so it’s not for everybody. Or so we thought.

Quipio is a recently released app that allows users to make their own captions for their photos. If you just have some idea you’d like to share, Quipio can also take up to 400 characters of text and turn it into a simple piece of word art in less than a minute… 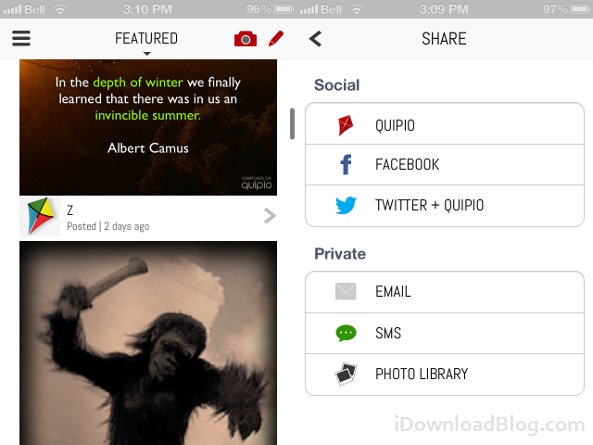 Depending on the number of characters you use or the optional emphasis you add to certain words, you will have different choices for art styles that will work with your quote. We’ve found that the most dynamic looking styles go along with short quotes with two points of emphasis, but you can experiment and find what you think works best for you. There’s even the option of searching for background images on the web after you’ve set a quote in place, which we think is a nice touch.

Beyond the background photo filters, adding emphasis, and style selection options, Quipio doesn’t give you a lot of fine control over the end product. I would have liked to see an option for dragging the text around, as not all the quotes look good right in the middle of a picture, but then I’d be fiddling with the app for longer than 60 seconds. That said, there is a tool for swapping text colors in a kite-shaped button on the ‘Select Design’ screen, which is very much appreciated.

As you would expect, there are  the requisite sharing options for Facebook, Twitter, email, SMS, and the photo library, as well as Quipio’s own network. Given the nature of the app, we would have liked to see, Instagram, Tumblr and Pinterest on the list too. 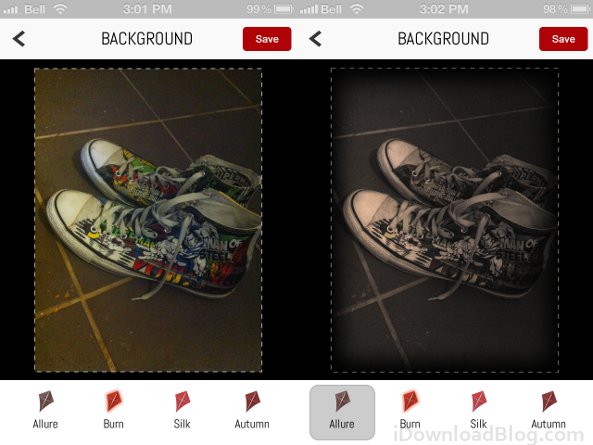 Quipio is a free app, available in the iTunes App Store. Quipio is built for the iPhone and iPod touch and supports iOS 5.X and up.

Do Quipio’s styled captions appeal to you? Share your thoughts in the comments section below.