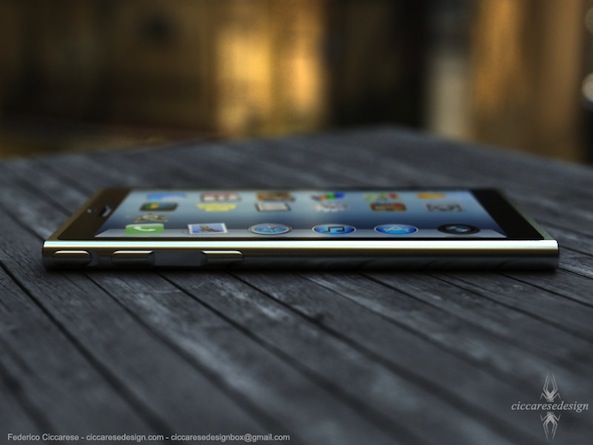 One analyst earlier in the week noted Apple will simply have to recognize the untapped segment of inexpensive prepaid handsets, an area that could boost it beyond its chief rival Samsung.

Conveniently enough, now comes word that such a device is in the works and could be released to emerging markets in the second half of this year.

But here’s the kicker: the so-called iPhone mini, as the media affectionately dubbed it, is anything but small. According to a rumor out of Asia, the device has a new design and larger display and is specifically being targeted at China and other emerging markets, where Apple’s market share has been declining amid the onslaught of inexpensive Androids and local brands…

The somewhat reliable DigiTimes has the story, based on supply-chain sources:

Some sources claimed that they have seen the sample of the low-cost iPhone, which will come with a larger display, meeting the prevailing trend for the adoption of 5-inch displays for high-end models. They added that the low-priced iPhone will also have a brand new exterior design.

This makes sense considering the success of jumbo-sized Androids. What Apple needs is a way cheaper prepaid device rather than a much smaller iPhone that makes little sense from the usability perspective. Apple’s cheapest iPhone is the 8GB iPhone 4 which retails for $450 contract-free.

Many analysts view an inexpensive iPhone as a way for Apple to gain some ground against competitors and tap the groups of consumers below the high-end of the market.

The publication goes on to note that strong iPad mini sales in China may have served as “an impetus” for Apple to roll out a low-cost iPhone.

Chip maker Qualcomm recently launched the dual-core MSM8960 and the quad-core APQ8064 Snapdragon-branded silicon for low-cost handsets so Apple has options should it pursue the mythical iPhone mini.

The same source also asserted Apple has a version of the iPhone that could run on China Mobile’s TD-SCDMA network. State-owned China Mobile has an astounding 703 million subscribers, which makes it the world’s largest wireless carrier.

And with a cool 1.1 billion mobile phone users at the end of November 2012, China is the biggest telecom market in the world by subscriber base and as such one of Apple’s top priorities going forward.

China Mobile does not carry the iPhone yet and Evercore Partners analyst Rob Cihra warned the carrier’s 3G share suffered as a result, dropping by seven percent to 37 percent since 2011 while rival China Telecom and China Unicom, both of which carry Apple’s device, grew their 3G share during the same period.

Although the iPhone recently beat Android in the United States, elsewhere the Apple handset has a lower market share because of prepaid and much cheaper Android devices.