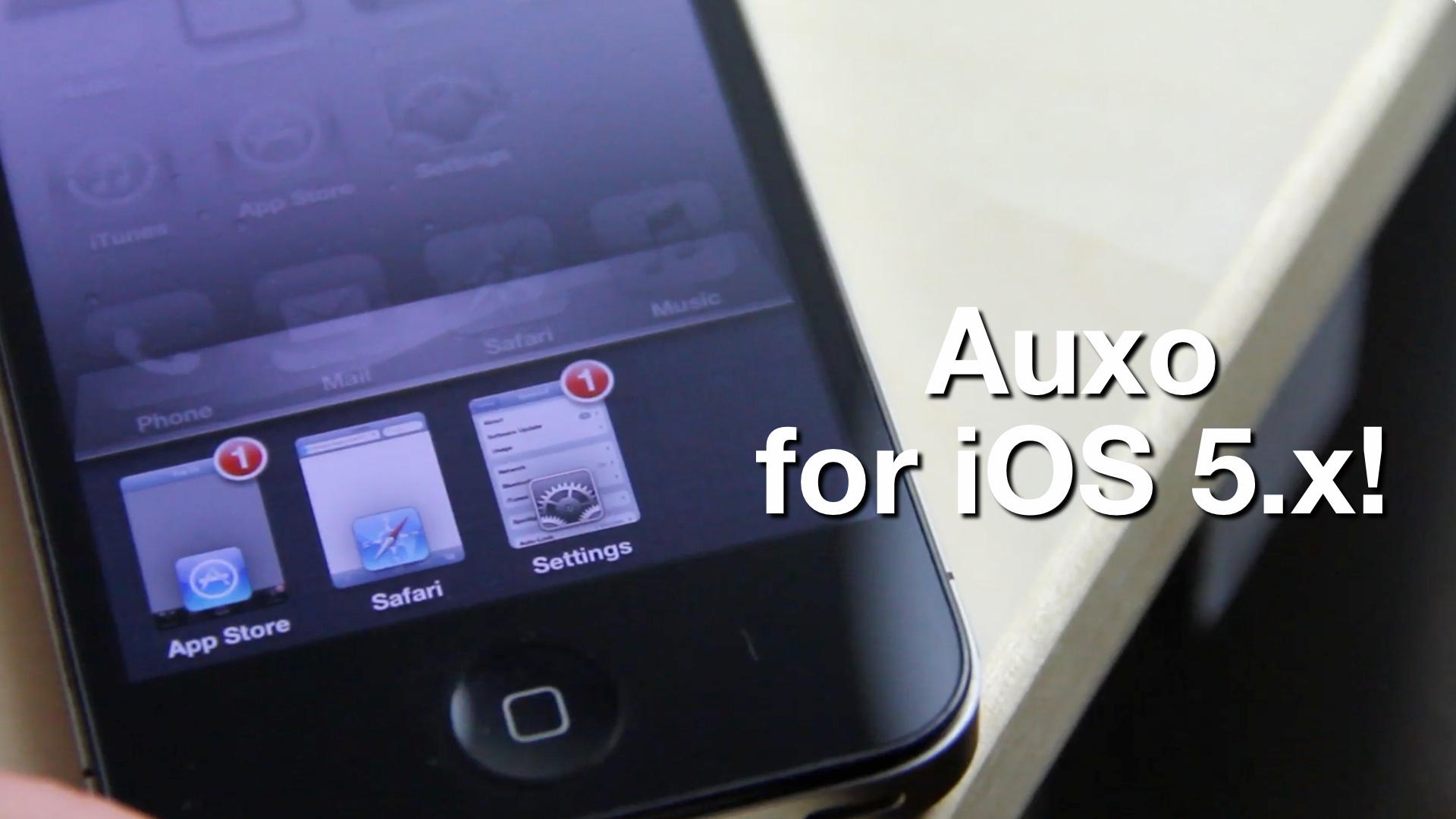 Auxo — the popular jailbreak tweak we covered in depth last week — is now available on Cydia with iOS 5.1 support in tow. As you may recall, the initial version only supported iOS 6 out of the gate, and many users, pined for iOS 5.1 support, since a great majority of jailbreakers have chosen to remain on 5.1 firmware for obvious reasons.

Thanks to developer, Kyle Howells, who assisted with porting the tweak, the team behind Auxo was able to meet its turnaround time for adding support for the older iOS firmware. Did the team have to make any sacrifices in order to bring such an awesome tweak to iOS 5.1? It sure doesn’t look like it to me. Check inside as we go hands on with Auxo for iOS 5.1 on video…

As you can see from our video, Auxo for iOS 5.1 works exactly like it does on iOS 6.x. In fact, you’d be hard pressed to find a difference between the two. If anything, the new version of Auxo with 5.1 support works even better, because it adds bug fixes, performance upgrades, and new languages.

The video that I included with this post is designed to show you how the tweak works on the lesser firmware, and it’s not an in-depth dive into all of its features. If you haven’t read our original synoposis of Auxo, or you’re still wondering what all of the fuss is about, then I urge you to check out our original post about the tweak. There, I broke down every aspect of Auxo in full detail, and also included a more in-depth video that what accompanies this post.

While most iPhone 4, iPhone 3GS, and iPod touch 4G users could have easily upgraded to iOS 6 in order to run Auxo, jailbroken iPhone 4S owners had no such luxury. Now, with the introduction of Auxo 1.1, users of the jailbroken iPhone 4S can enjoy the improved app switching experience on much faster hardware. Sadly, I lost my jailbreak for the iPhone 4S, so I am patiently waiting for an iOS 6 jailbreak for that device, and obviously, I’m looking forward to running Auxo on my iPhone 5 as well.

So what’s next for Auxo? Well, the most logical next step for the team is to implement iPad support. Auxo is the type of tweak that would translate well on the iPad’s larger screen, and the team has assured me that they are working diligently to bring the experience to Apple tablets.

I won’t say I was skeptical, but I was a tad doubtful whether Kyle Howells could bring Auxo to iOS 5 in an accurate fashion. I guess I shouldn’t have been skeptical at all, after all, this is the same guy who brought us great tweaks like MountainCenter, along the marvelous SwipeSelection and Emblem, which were both featured as one of our top tweaks of 2012. Given his track record, I should have realized that if anyone could have pulled this off during the short time allocated for its completion, it would have been Howells.

Well over 300,000 views later, it’s easy to see that there is a massive interest in Auxo. That interest is sure to increase, as folks running older firmware can now take advantage of the improved app switching that made Auxo our 2012 tweak of the year.

Have you tried Auxo on your iOS 5.1 device yet? Is anyone running Auxo on an iPhone 4S? If so, let me know what your experience was like in the comment section below.

Update: as many have pointed out, this release is for iOS 5.1.x only, not necessarily 5.x. For instance, if you’re running 5.0.1, it won’t currently work. Sorry for any confusion this may have caused.