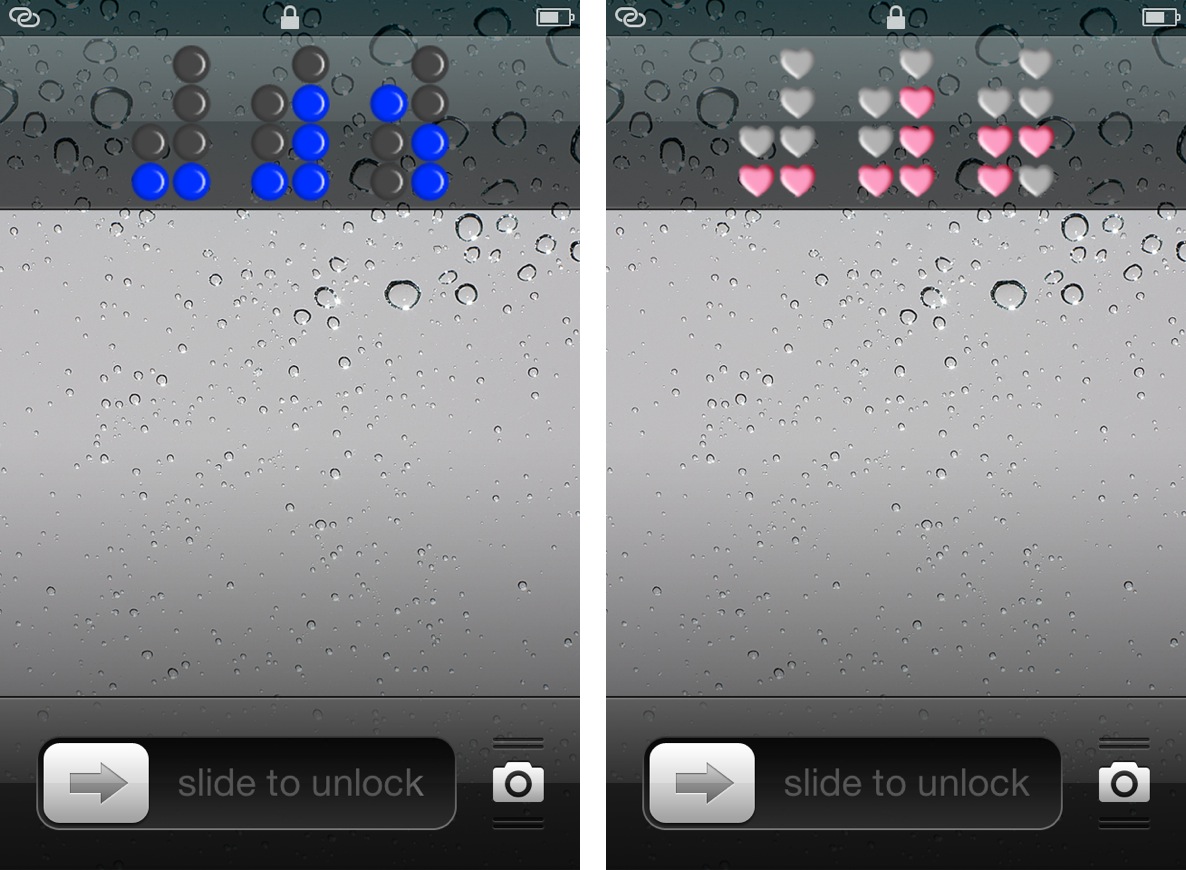 Binary Clock is a new jailbreak tweak that outright replaces the stock Lock screen clock on an iOS device. The tweak features over a dozen different themes of various colors or shapes, along with the ability to hide or show the Lock screen date string.

Once Binary Clock is installed, you’ll immediately notice the change to the clock on your device’s Lock screen. If you wish to switch back to the traditional clock at any time, you can easily do so via a kill switch in the tweak’s preference panel. Switching themes is just as easy, as they can all be switched dynamically without needing to respring or refresh your iOS device.

By default, Binary Clock removes the date string on the Lock screen, but that too can be easily enabled by means of the tweak’s settings. Keep in mind that if you do decide to enable the date string, then the size of the Binary Clock will be reduced to accommodate the date.

Now comes the challenging part — actually using the binary clock to tell time. Telling time might seem a bit daunting at first, but don’t worry, it’s easy as pie. Let’s break it down a bit, shall we?

First of all, keep in mind that binary clocks display hours, minutes, and unlike the stock Lock screen clock, they also display seconds. The seconds are where I find most people getting confused. Since we rarely even use seconds when telling time with a normal clock, we’re going to ignore that for now. Just concentrate on the first two fields — hours and minutes — and you’ll be fine. 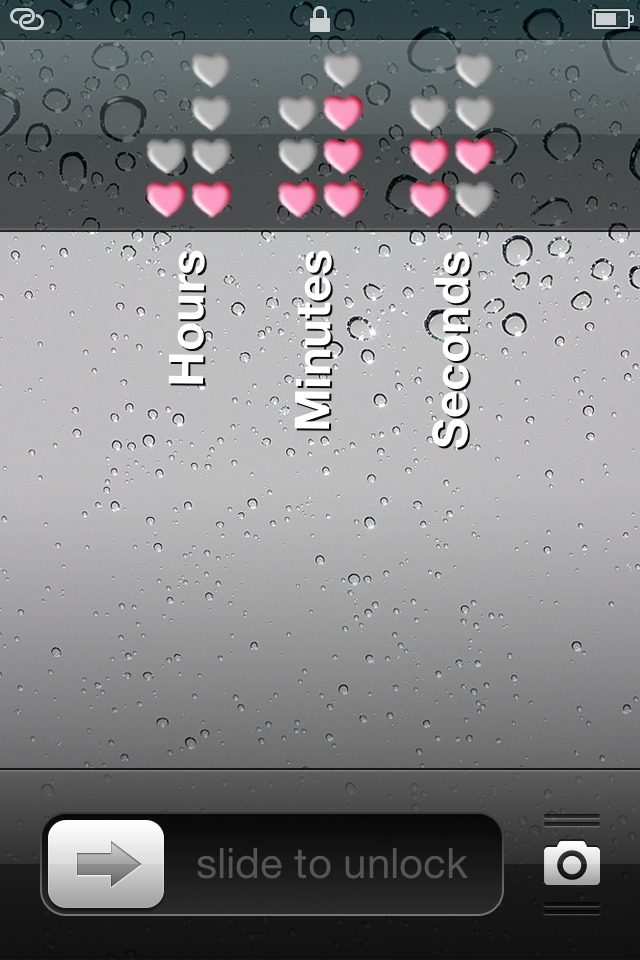 Next, you’ll need to break things up into columns and rows. On a typical binary clock there are usually four rows and six columns. The four rows each have a numerical value. They are 1, 2, 4, and 8. See the image below for a visual representation. 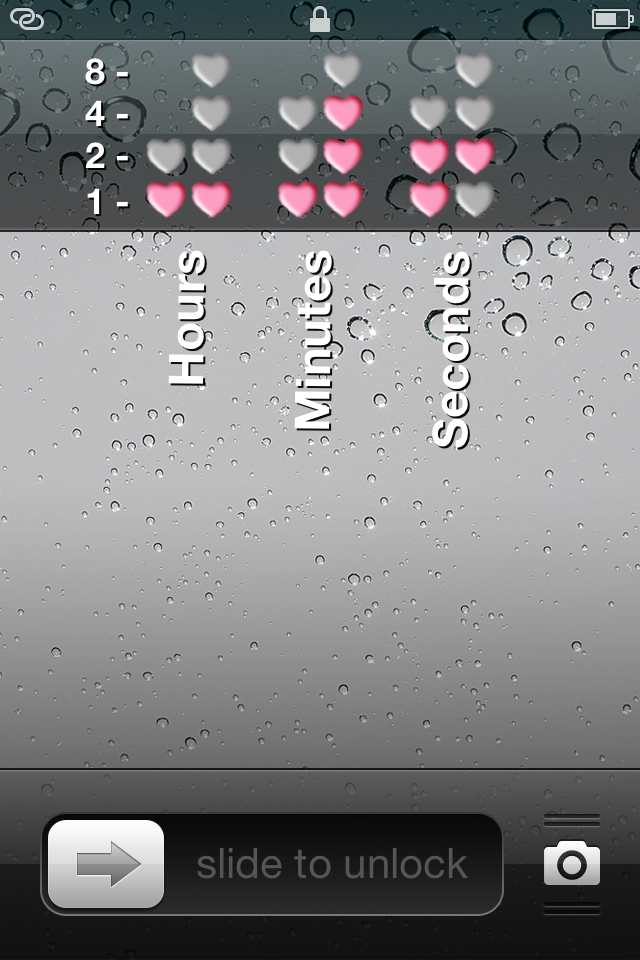 Now notice the minutes section in the screenshot above. The first column contains a pink heart on the first row for a value of 1, which means the minutes value will be in the teens. The second column features three hearts in positions 1, 2, and 4. If you add these values together — 1 + 2 + 4 — you get 7. The value of the minutes section is thus 1 and 7, or 17.

This means that the time, according to the binary value, is 11:17. Of course, you can do the same thing for the seconds, but the seconds change so rapidly, that’s it’s a bit difficult to keep up. Still, just for the sake of it, the seconds in the screenshot above equal 32.

Once you get the hang of it, telling time using a binary clock is simple, and this is a wonderful tweak to practice with. The only complaint I have about this Binary Clock tweak is its lack of Retina Display support. It looks a bit ugly on my iPhone 4’s Retina Display, but hopefully the developer will take note, and provide some 2x themes in a future update.

For $0.99 on Cydia’s BigBoss repo, Binary Clock is certainly worth checking out. It’s a breathe of fresh air to see something fairly original on Cydia, and that alone makes it worth supporting in my opinion.