Apple today received two interesting trademark grants seeking to protect the Game Center icon design and the Apple-coined Retina moniker. The former describes a rounded icon divided into four quadrants, each sporting a distinct combination of colors and shapes. It was originally filed in June 2012 under international classes that cover multiplayer games, scoring and tracking game performance and “providing an online portal for social networking through virtual communities”.

More important than the Game Center icon is the widely used Retina name, now a registered trademark of Apple, Inc.

As you know, the word “Retina” is a marketing moniker Apple conceived to denote various displays with a resolution so high that the human eye cannot discern the individual pixels.

Apple was awarded both trademarks on November 27, but they surfaced in the USPTO’s database Tuesday morning, as discovered by the PatentlyApple blog which knows these things inside out.

Here’s the official certification for the Retina trademark, filed under the USPTO No. 4,250,500 in May of last year. 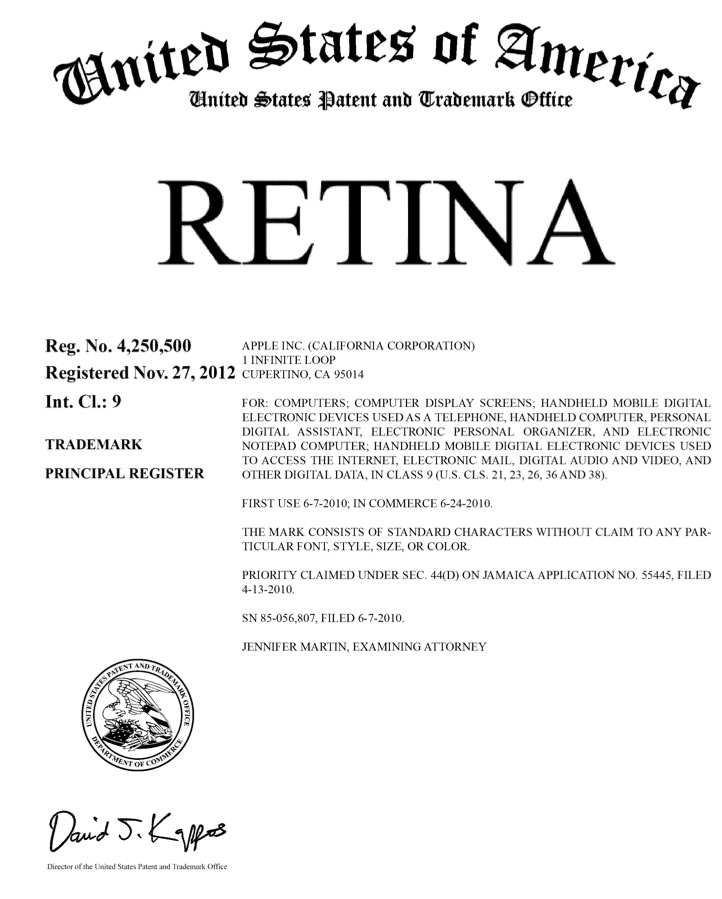 As for the Game Center icon, it can be found as the USPTO filing No. 4,248,361 and defines colors green, blue, light brown, dark brown, brown and white as a feature of the mark. 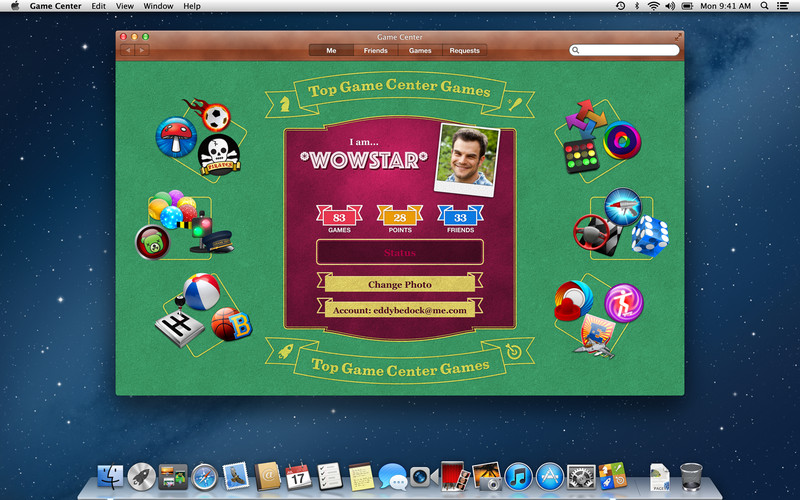 The filing provides this description.

The iPhone maker goes to great lengths to protect its intellectual property and, for instance, actually acquired the “Lightning” trademark from the famous motorcycle vendor Harley-Davidson.

What’s your opinion about this latest Retina and Game Center trademark grants?