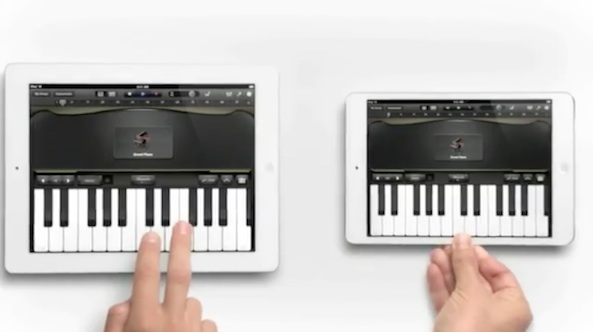 Remember that cool TV spot Apple played during its media event yesterday? The one that featured a full-sized iPad and an iPad mini playing a duet in piano apps? Well it hit YouTube just a little bit ago, and is now available for your viewing pleasure…

The ad, developed by TBWA\ Media Arts Lab, is classic Apple (at least in the iOS era). There’s no commentary, just two iPads, one 9.7-inch and one 7.9-inch. And the message seems pretty clear: the iPad mini is just as capable as its larger sibling.

Apple unveiled the smaller tablet yesterday after years of rumors and speculation about its existence. The iPad mini comes in both Wi-Fi only and + cellular models with LTE chips, and starts at $329. Pre-orders begin this Friday, October 26.