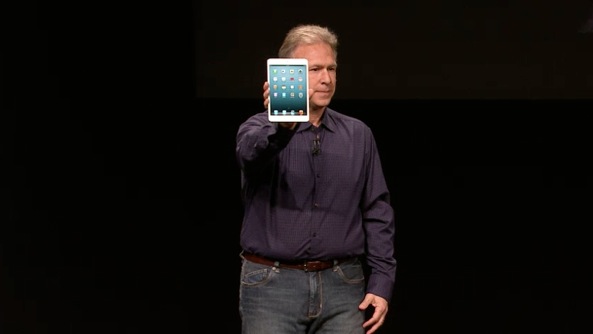 Apple has just announced the iPad mini and this is what it looks like. It’s got a 7.9-inch display with the same resolution as the iPad 2, is made out of aluminum and glass with diamond cut chamfered edges. “It’s every inch an iPad”, Phil Schiller said and I approve. Lots more info, images from Apple’s press conference and some gorgeous press shots are all right past the fold…

The smaller iPad has a new design that at 7.2mm and 0.68 pounds is 23 percent thinner and 53 percent lighter compared to the iPad 3. It runs Apple’s dual-core A5 chip and has a FaceTime HD front-side camera and a five-megapixel iSight camera on the back that does 1080p video.

Here are four press shots for you. 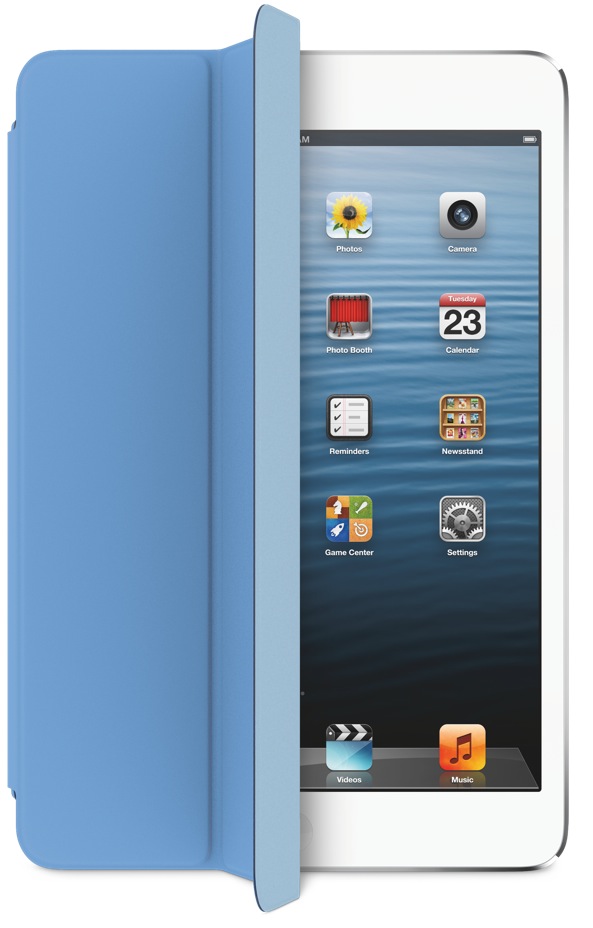 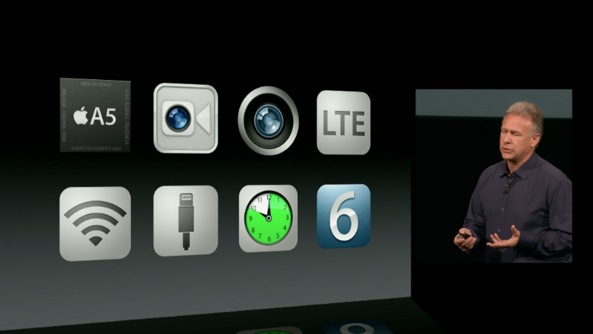 It’s made of aluminum, has a display measuring 7.9 inches diagonally with a 29.6 square inch display area. The display itself has the same 1,024-by-768 pixel resolution display as the iPad 2 so it runs all of the 275.000 apps designed specifically for the iPad with no intervention on part of developers.

Wireless has the same LTE capabilities as the retooled fourth-generation iPad and twice as fast WiFi. As expected, the iPad mini also has Lightning I/O and features the same ten-hour battery life. 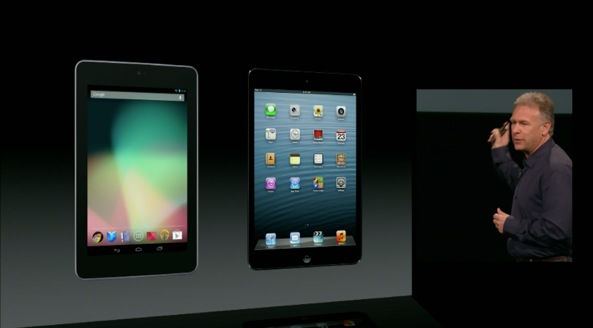 With a 29.6 square inch display area, it’s got more screen real estate than seven-inch tablets, Apple claims, and up to “an astonishing 67 percent more usable viewing area” when browsing the web.

On the networking front, the mini (like a retooled iPad 3) has twice the WiFi performance of previous iPads, featuring dual-band 802.11n WiFi for speeds up to 150 Mbps. As for cellular, again, both new iPads have support for more LTE bands around the world.

And yes, the iPad mini includes Siri, in case you were wondering.

And this is what the iPad lineup looks like. 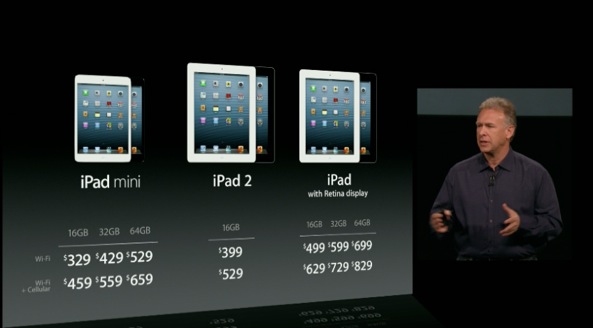 The entry-level model with sixteen gigabytes of storage and WiFi-only networking starts at $329.

You can pre-order it Friday, October 26, and it will ship November 2.

Two weeks later, the cellular version will hit the U.S. and a number of other places.

iPad mini is every inch an iPad. With its gorgeous 7.9-inch display, iPad mini features the same number of pixels as the original iPad and iPad 2, so you can run more than 275,000 apps designed specifically for iPad.

iPad mini is as thin as a pencil and as light as a pad of paper, yet packs a fast A5 chip, FaceTime HD and 5 megapixel iSight cameras and ultrafast wireless―all while delivering up to 10 hours of battery life.

As for the Smart Covers for the iPad mini, Apple made polyurethane ones in pink, green, blue, light gray, dark gray and (PRODUCT) RED, each costing $39.

So, was it everything you hoped for?