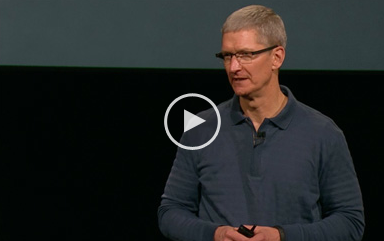 For the first time in more than 5 years, Apple offered up a live stream of this morning’s media event to the public. So if you had an Apple TV, iPhone, or were at your computer, you could watch the event unfold live.

But if for some reason or another you didn’t catch the live feed, we have some good news for you. Apple has just posted the video to its website and it’s now available for playback. More details after the break…

You can watch this morning’s event in its entirety by visiting Apple’s website on a computer or iOS device. Just remember that certain restrictions do apply.

You must have Safari 4 or later on Mac OS X 10.6 or later,  Safari on iOS 4.2 or later, or QuickTime 7 on Windows. And streaming via Apple TV requires a second- or third-generation model, with software 5.0.2 or later.

If you don’t feel like watching the whole clip, or are just craving more information on today’s happenings, stay tuned to iDB. We’ll continue providing you with up-to-the-minute iPad and iPad mini news throughout the day.