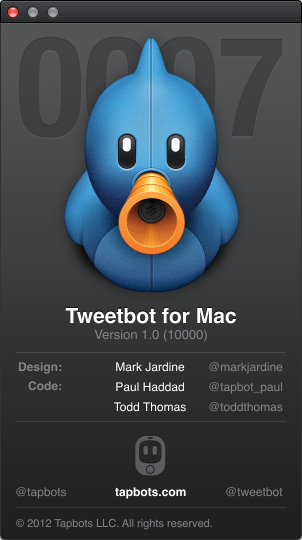 TapBots’ beloved Twitter client Tweetbot has finally arrived for the Mac, following an extensive period of beta testing since July. The bad news is, it will run you a whopping twenty bucks a pop! It’s not that developers have become greedy overnight, mind you. As you know, Twitter has capped their user base in a quest to exercise total control of third-party programs.

Twitter is doing so by enforcing token limits upon third-party developers. Tokens determine how many users an app like Tweetbot for Mac can have. As a result, developers get to only sell the app until they use up all the tokens Twitter allocated.

That’s the official line. Some people think it’s crap, others point the finger of blame at Twitter. You could call it economics, I guess. No matter how you look at it, Tweetbot for Mac – at least to my knowledge – has officially become the priciest Twitter client on the Mac App Store…

TapBots explain the commotion in a blog post announcing the official release of Tweetbot for Twitter (that’s the official name):

Because of Twitter’s recent enforcement of token limits, we only have a limited number of tokens available for Tweetbot for Mac. These tokens dictate how many users Tweetbot for Mac can have.

The app’s limit is separate from, but much smaller than, the limit for Tweetbot for iOS. Once we use up the tokens granted to us by Twitter, we will no longer be able to sell the app to new users. Tapbots will continue to support Tweetbot for Mac for existing customers at that time.

So pricing the app at twenty bucks was the way to go, eh?

This limit and our desire to continue to support the app once we sell out is why we’ve priced Tweetbot for Mac a little higher than we’d like. It’s the best thing we can do for the long term viability of the product.

We know some will not be happy about Tweetbot for Mac’s pricing, but the bottom line is Twitter needs to provide us with more tokens for us to be able to sell at a lower the price.

Is there anything you can do about it?

Sure, call your senator or “feel free to let Twitter know how you feel about it”. 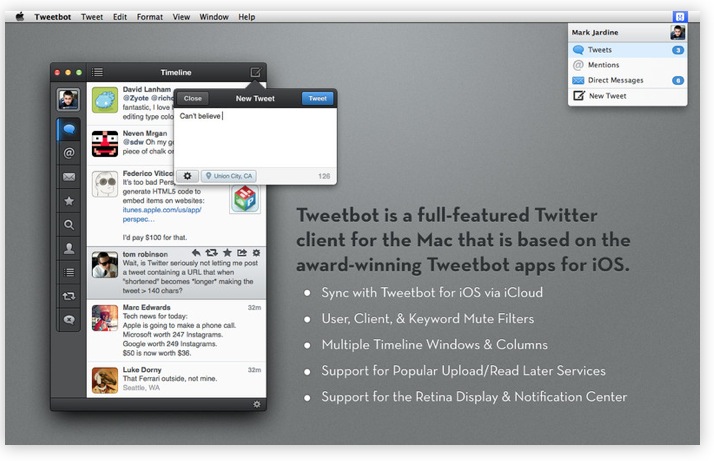 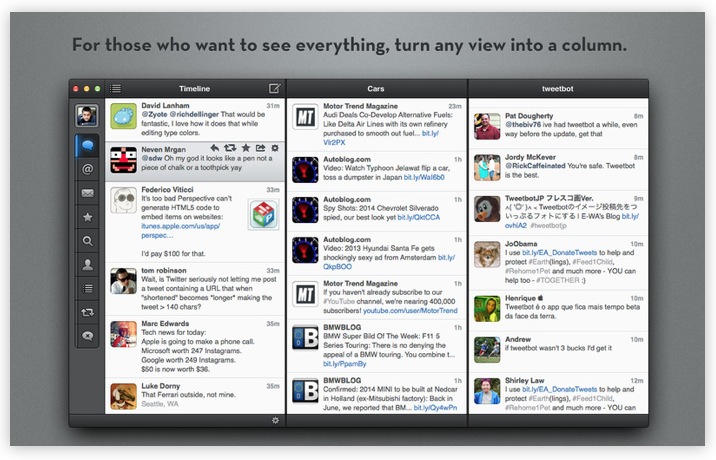 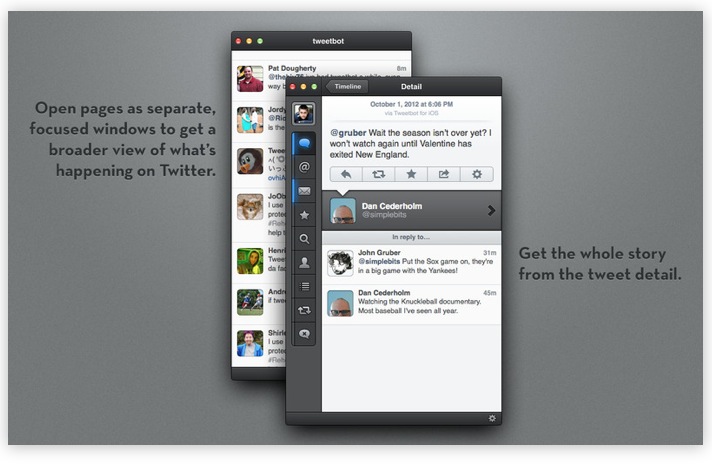 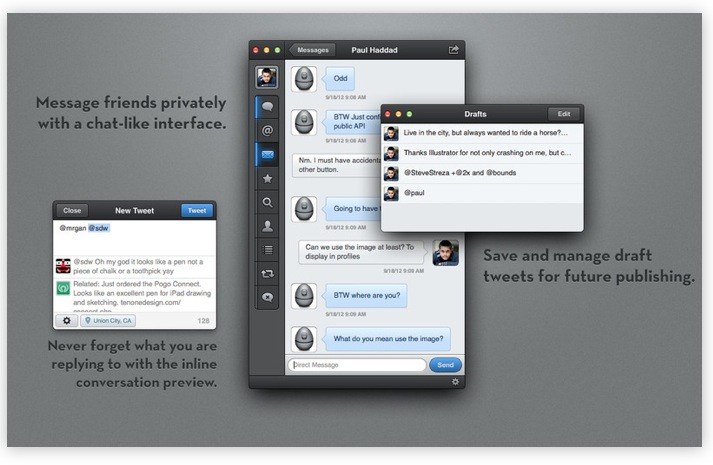 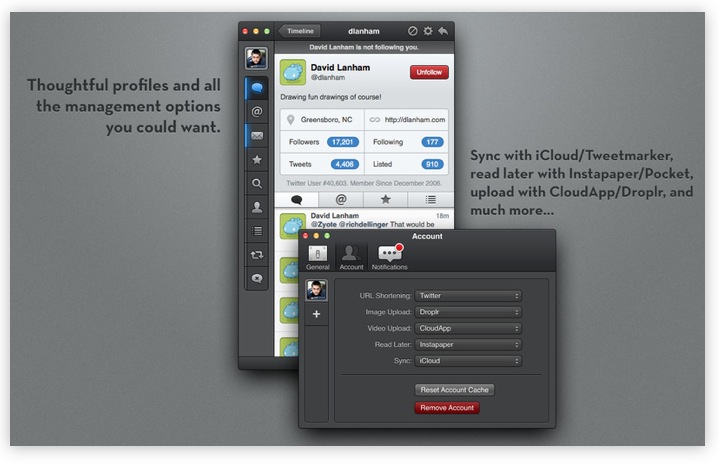 And if you think $20 for a desktop Twitter client is too much, it really isn’t.

If you think about it, it’s not that expensive. Twenty dollars for a quality piece of software that you use every day? That has been the price point for quality utility apps on the Mac for years. However, it’s not just the development time and attention we put into the app that commands the higher price.

The final version enables brilliant iCloud sync of your timeline position across iOS and Mac versions and integrates with Mountain Lion’s Notification Center.

◆ Multiple Timelines. Quickly switch between your lists as your main timeline.
◆ Multiple Windows and Columns. Display timelines from different accounts side by side.
◆ Notification Center Support.
◆ Beautiful Retina graphics.
◆ Mute filters lets you block messages from users without unfollowing them. You can also mute hashtags and specific keywords.
◆ Sync timeline position, direct message read statuses and mute filters between your Mac, iPhone and iPad via iCloud.
◆ Support for multiple services like Pocket, Instapaper, Readability, CloudApp and Droplr.
◆ Save drafts, add locations and POI’s, attach photos/videos, manage your lists, and much more.

So, will you be taking the plunge?

Not at this price, not in this economy.