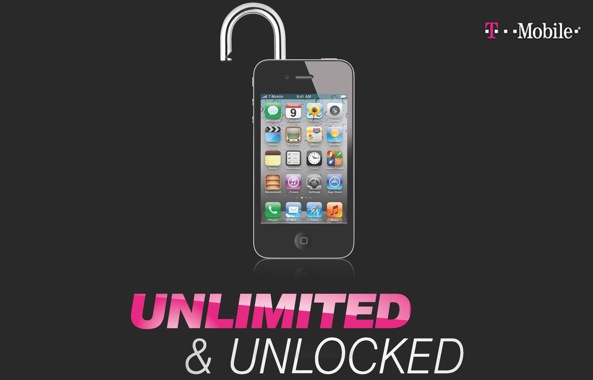 Here we go again. T-Mobile USA, the nation’s fourth-largest carrier and the only major U.S. telco without Apple’s iconic smartphone, should finally land the latest iPhone early next year, if an analyst with Morgan Stanley is to be trusted.

This isn’t the first time analysts made such an estimate and the carrier on its part has been appeasing to its iPhone-totting customers with free support to unlockers, Nano SIMs for the iPhone 5 and a broad marketing push to sell Apple users to its unlimited data plans…

The carrier could “announce official iPhone distribution in early 2013,” according to Morgan Stanley analyst Nick Delfas. The analyst provided no further details but said that such a deal would add another one to two million buyers of the iPhone 5 in the first quarter.

Such a deal would also serve as a catalyst toward higher sales.

Apple is due to deliver its quarterly earnings report next Thursday, October 25.

Airportal.de has an interesting map showing us T-Mobile’s 3G/HSPA coverage on the 1900MHz band in the United States, crowdsourced from iPhone owners. 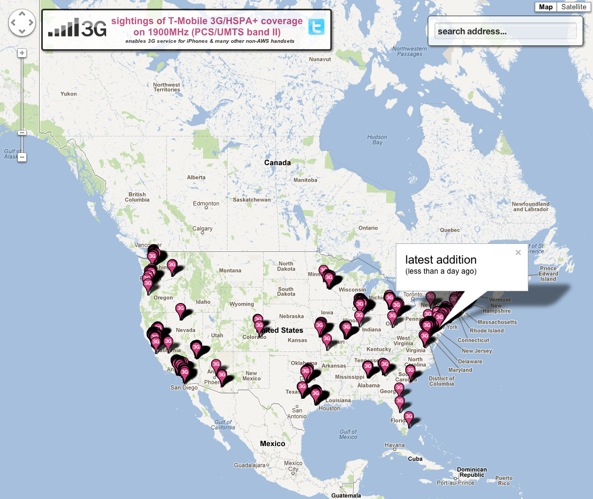 Though T-Mobile refrained from using Apple or iPhone names in its ambitious “Unlimited & Unlocked” campaign, it will continue to offer support to owners of unlocked iPhone customers.

And because it won’t begin deploying 4G LTE before next year (they pledged to invest $4 billion into it), the carrier’s been busy upgrading the 1900MHz network in metropolitan areas, which allows the 1 million+ unlocked iPhone users it already serves on its network to browse at 3G and HSPA+ speeds.

Previously, iPhone users on T-Mobile’s network were only able to connect at sluggish EDGE speeds due to frequency incompatibilities.

Sprint, the nation’s #3 telco, responded by agreeing to sell 70 percent of its shares to Japan’s SoftBank in a transaction valued at $20 billion.