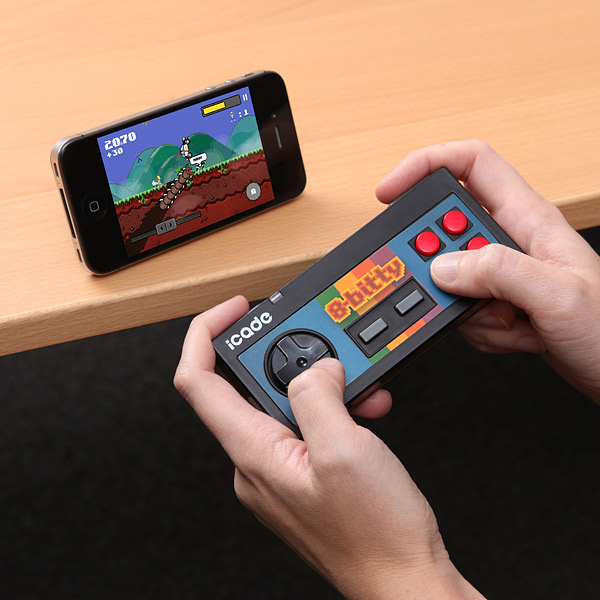 Back in February, the folks over at ThinkGeek unveiled a new wireless game controller for iOS devices called the 8-Bitty. It resembled an NES controller, and was based on the popular iCade platform.

Today, ThinkGeek has announced that the 8-Bitty controller is now available for purchase. It’s compatible with all iCade games, as well as MAME titles, and it costs a lot less than you might think…

ThinkGeek describes the 8-Bitty as a retro-styled game controller that fits in your pocket. It has 8 buttons, runs on two triple A batteries, and connects to your iOS (or Android) device via Bluetooth.

The list of compatible iOS games is surprisingly long thanks to the early success of the iCade. Several app developers have built-in support for the controller, including Atari and Imangi (Temple Run).

In addition to the 50 or so iOS games, the 8-Bitty is also compatible with the iMAME4all jailbreak app, which is an emulator that allows users to import and play classic video games via MAME ROMs.

The good news is, the 8-Bitty is now available for purchase from ThinkGeek’s website. And it’s fairly inexpensive compared to other controllers. If you’re interested, you can snag one for just $29.99.

So, what do you think of the iCade 8-Bitty?