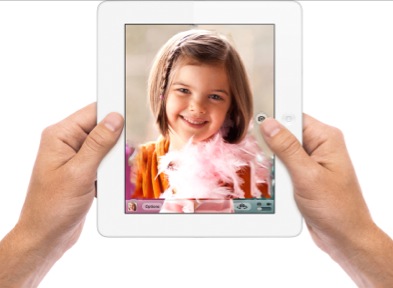 The Wall Street Journal lent its aura of credibility to the iPad mini rumor with a report out this morning declaring that Apple’s manufacturing partners in Asia have started mass-producing the device, in time for a rumored October 17 announcement and early-November availability.

According to “people with knowledge of the situation”, the device will indeed have a 7.85-inch liquid-crystal display with a lower resolution than the third-generation iPad with a 2,048-by-1,536 pixel Retina display, meaning the iPad mini will quite possibly run a 1024-by-768 display just as the original iPad and iPad 2 do…

Lorraine Luk, writing for the Journal:

Apple Inc.’s Asian component suppliers have started mass production of a new tablet computer smaller than the current iPad, people with knowledge of the situation said, as the Silicon Valley company tries to stay competitive against rivals such as Google Inc. and Amazon.com Inc. that are offering smaller, less-expensive alternatives to the iPad.

Recently leaked parts (see below) suggest the device will be provided in both WiFi and cellular variants, in black and white, possibly sporting an anodized aluminum enclosure like the iPhone 5 (Scuffgate on a bigger scale, anyone?). 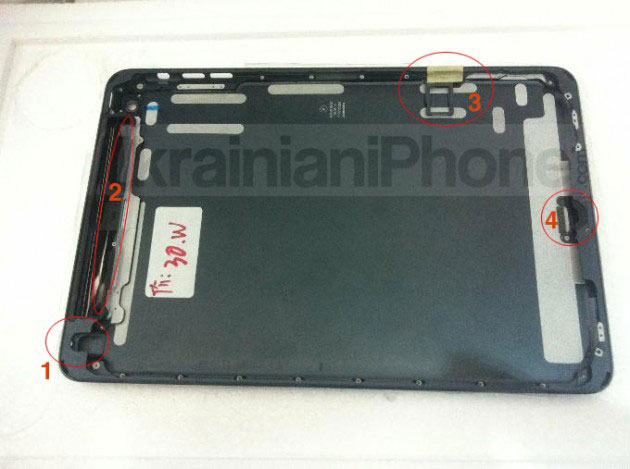 It is high time for a smaller, inexpensive iPad.

According to one study, the iPad’s commanding share has dropped from 81 percent last year to 52 percent in 2012, and this was before Google’s well-received Nexus 7 and Amazon’s refreshed Kindle Fire series became available, both starting at just $199.

Two of the people said the smaller tablet will have a 7.85-inch liquid-crystal display with a lower resolution compared with the latest iPad model that came out in March.

LG Display and AU Optronics will supply screens for the iPad mini, the publication notes. The report does not mention Samsung which recently saw a drop in orders amid its legal battle with Apple over patents.

Now, because the iPad mini will squeeze the iPad 2’s 1024-by-768 9.7-inch display onto an area that’s at least 40 percent smaller, the individual pixels will be closer together so pixelation will be less visible, conventional wisdom has it.

Who knows, Apple engineers could even hit the magic 320 pixels-per-inch density required to justify the Retina moniker, even if it means slightly increasing the resolution beyond 1024-by-768.

The iPad mini with a Retina-quality display would give Apple a distinct advantage over the sea of Android tablets, which typically boast 1024-by-768 screens, with some going all the way up to the 1280-by-720 resolution for native 720p high-definition video playback.

Of course, messing with the resolution would inevitably result in more work for developers as their apps would need to be updated to take advantage of the extra pixels.

On the other hand, nobody complained too much about a similar change the iPhone 5 has brought upon Apple’s developers.

Remember, Apple did the same thing with the iPhone 5’s four-inch display, choosing to increase the iPhone 4/4S’s 640-by-480 resolution to 1,136-by-640 pixels in order to stay within the Retina requirements on the taller display.

Developers were concerned about redesigning user interfaces for yet another form factor, but those worries proved to be unfounded as only minor changes are typically required to take advantage of the extra 176 lines in order to render more content.

What do you think, will the iPad mini have a Retina display or a “regular” 1024-by-768 pixel screen?