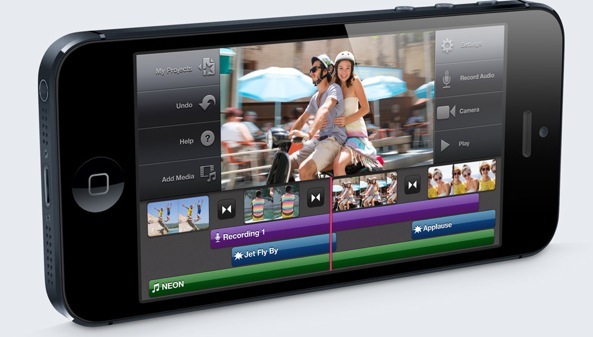 There has been much speculation concerning who will be supplying screens for Apple’s just announced iPhone 5. The mystery is solved, if you believe a new Wall Street Journal report that named LG Display, Japan Display and Sharp as suppliers of four-inch in-cell display panels for the device. Surprisingly, the newspaper made no mention of Samsung, which supplies Retina display for the third-generation iPad and previous iOS devices…

“A person with knowledge of the situation” told Juro Osawa of The Wall Street Journal that mass production of the screens for the iPhone 5 began earlier this week at Sharp’s factory in central Japan, following weeks of production delays.

On August 2, Sharp president Takashi Okuda told Reuters that his company would start shipping displays for the device the following month.

It was then reported at the end of August that the Japanese electronics giant was “struggling with high costs that have cut into its margins on the screens”, resulting in a production slow down.

This could prove challenging to Apple, Osawa wrote:

That Sharp has started delivering screens could ease concerns about whether Apple will have enough components to meet global demand for the new iPhone. Sharp is one of the three suppliers of the screens, the others being Japan Display Inc. and South Korea’s LG Display Co.

The iPhone 5 features in-cell display technology that makes the screen assembly thinner by eliminating a layer and embedding touch sensors into the display itself.

Making a thinner, lighter iPhone meant even the display had to be thinner. Apple engineers accomplished that by creating the first Retina display with integrated touch technology.

Which means instead of a separate layer of touch electrodes between display pixels, the pixels do double duty — acting as touch-sensing electrodes while displaying the image at the same time.

With one less layer between you and what you see on iPhone 5, you experience more clarity than ever before. All on a display that’s 30 percent thinner than before.

That Apple would pass on Samsung for displays for this year’s iPhone wouldn’t be surprising. We heard before Apple would be reducing iPhone 5 part orders from Samsung and we know what a single order stoppage rumor can do to Samsung shares.

A leaked iPhone 5 logic board also suggests that Hynix supplies Apple with flash memory chips for the iconic smartphone rather than Samsung.

With Apple biz accounting for more than eight percent of Samsung’s revenue, the South Korean company must be enraged that Apple has taken its display orders elsewhere.

It is also a boon for cash-strapped Sharp, a company Apple’s contract assembler Foxconn invested into. Foxconn boss Terry Gou also paid out of his own pocket for Sharp’s cutting-edge (but unprofitable) display plant in Japan and said the deal would allow Foxconn to “beat Samsung on clearness”.

Are you surprised that Apple had shown Samsung the door regarding display biz?