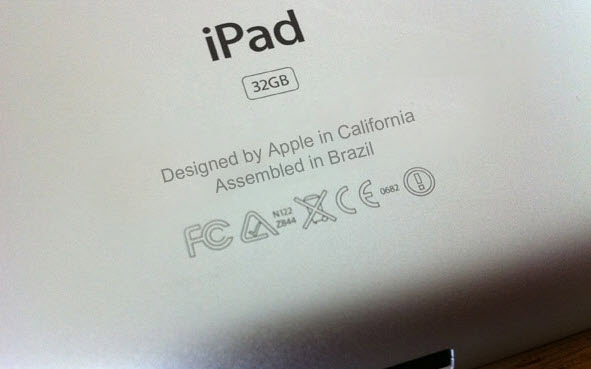 Apple’s favorite manufacturer Foxconn runs plants in Brazil, among them facilities that churn out some iPhones, so it doesn’t come as a surprise that Japanese blog Macotakara is out with a new report claiming that Apple’s rumored mini iPad will be made in Brazil, just as we’d first heard back in January. The story conveniently coincides with another report from this morning calling for a media event for the iPad mini early in the second half of this month…

According to Macotakara (machine-translated):

According to reliable sources, the production of iPad mini you seems to have been started at the factory in Brazil.

Apparently the device doesn’t have a microphone on the back, perhaps indicating a last minute design change. The rumor-mill described the iPad mini as having a 7.85-inch display abd the skinnier bezels.

Reports this summer indicated that Foxconn was investing big bucks in Brazil plants.

The city of Jundiai was thought to begin production of the iPad in late July, but due to “construction glitches” and a shortage of skilled workers, that date was pushed back.

Macotakara also reported in July, based on  that Apple was looking to produce the iPad mini with 3G capability in Foxconn’s manufacturing facilities in Brazil. The site claimed manufacturing would ramp up in September, just in time for mass availability around the holiday shopping season.

This is in line with today’s report by Fortune saying Apple is scheduled to send out invitations for an iPad mini event presser on October 10, with the media event presumably taking place on Wednesday the following week.

No longer does the iPad mini seem a distant possibility, wouldn’t you agree?

Would you buy one?