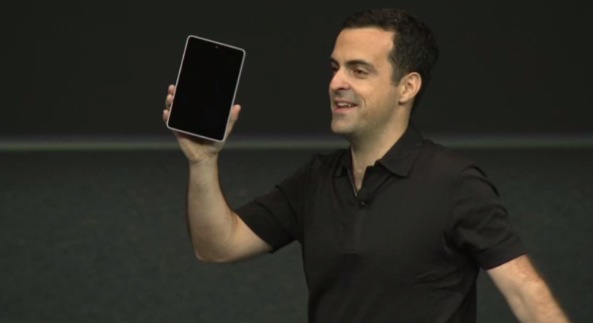 The Google I/O 2012 conference is still underway at San Francisco’s Moscone West and Google has finally taken the wraps off of its own branded tablet, called Nexus 7. It’s designed with content consumption in mind and comes with an enhanced Google Play store which now lets you browse, download and enjoy digital magazines, television shows, movies, in addition to Android apps and more…

Google partnered with Asus to help them build its tablet called Nexus 7.

The device has a seven-inch display sporting a1,280-by-800 pixel resolution and weighs in at just 300 grams, “just about the wight of an average paperbook“. It fits perfectly in your hand, executives said on stage, and is designed as “the best Google experience optimized for content”.

It’s built for Google Play, runs the latest just-announced Android version (4.1, code-named Jelly Bean) and has Nvidia’s Tegra 3 chip that has a quad-core CPU paired with a twelve-core GPU.

Nvidia’s graphics expertise also gives Nexus 7 a leg up in the gaming department compared to most other Android tablets. It also challenges iPad games, which is due to some crucial architectural differences between Apple’s in-house A5X chip and Nvidia’s Tegra 3 silicon (here, here and here). 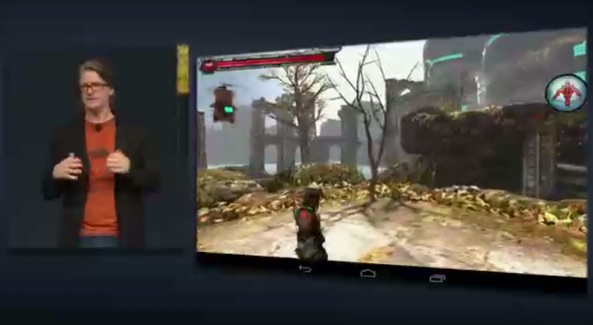 The Nexus 7 is also the first device that runs Chrome as the standard browser and ships with en enhanced version of YouTube app (HD-ready clips play natively, without being scaled down) and a new version of Google Maps with offline mode (you just go to a desired location and tap the Make Available Offline button).

The new Maps app also taps the device’s gyroscope sensor for cool 360-degree interior shots of places of interest that rotate as you move your device around.

Other interesting hardware features include a front-facing camera for video conferencing, the usual assortment of connectivity options (WiFi, Bluetooth and NFC – but no cellular connectivity), gyroscope and accelerometer sensors for gaming.

Google claims up to nine hours of video playback and up to 300 hours of standby time. Nexus 7 is available for pre-order now for $199 in the Play Store in the United States, United Kingdom, Canada and Australia (with more countries to follow), with shipping in mid-July. 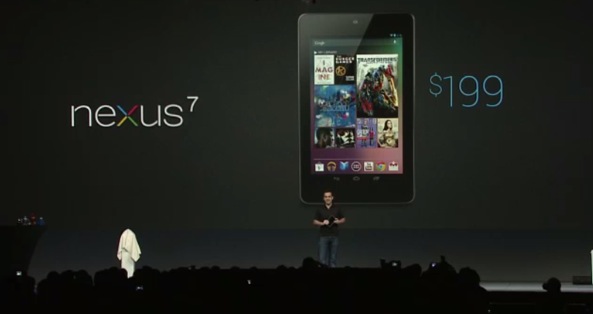 The search company is spoiling each customer with a $25 credit to spend in the Play Store and will preload your tablet with some nice movies, games and magazines.

What do you think? Is it better than Amazon’s Kindle Fire?