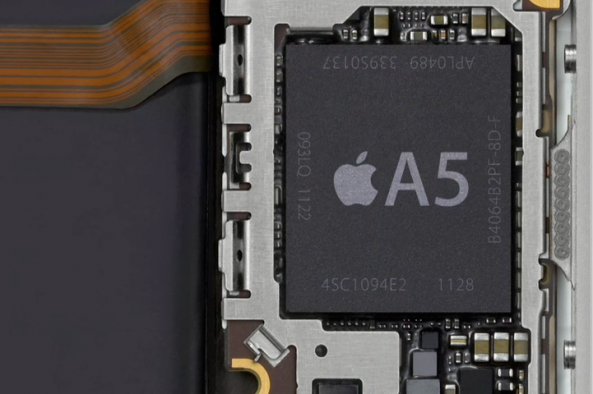 Nowadays, $1 billion doesn’t get as much as it used to. That’s what Apple reportedly discovered when it and Qualcomm each offered $1 billion for exclusive access to the production output of Taiwan Semiconductor Manufacturing Co., the world’s largest chip producer. TSMC turned both companies down flat, reports Bloomberg.

Maybe TSMC has been following the Apple-Samsung trial. Back in 2011, before the two rivals’ frenemies relationship had turned downright rabid. The Cupertino, Calif. company plunked down $7.8 billion for Samsung parts, turning it into the South Korean firm’s largest customer. TSMC’s finance chief wanted nothing of that.

“TSMC wants to retain control of its plants, doesn’t want to sell part of itself and doesn’t need cash for investments,” Chief Financial Officer Lora Ho told the news service.

For some time, Apple has been rumored considering using TSMC to produce chips for its iPhone and iPad now made by Samsung. After last week’s $1.05 billion win against its chip supplier, this schizoid supply arrangement has become tenuous — particularly for such a legendary control freak as Apple.

Apparently, Apple will have to settle for buying exclusive output from one or two of TSMC’s factories. This will let the the chip maker cash Apple’s check while also avoiding the company’s success or failure being tied to the ups-and-downs of the iPhone maker.

As for Qualcomm, it is practically begging for increased production. In June, CEO Paul Jacobs announced he was itching to write ‘big checks’ in order to boost chip supplies to prop up sagging sales. Sales are sagging not because of lack of demand. According to Bloomberg, the smartphone market is worth $219 billion.

Qualcomm is TSMC’s largest customer. Although Qualcomm sells chips for cell phones, it, like many other companies, earlier converted to fabless production, meaning it designs the chips in-house and pays someone like TSMC to actually produce the hardware.

That was a great situation initially. Companies could sell the huge chip plants and concentrate on the sexy business of producing designs. Any chip firm could churn out the silicon, right? That was true when most cell phones were ‘dumb.’ Today, smartphones are everywhere, displaying maps, searching the Internet, playing songs and streaming videos. Smartphones require smarter chips which need more flexible chip foundries.

Which brings us back to TSMC sitting in the cat-bird seat with enough cash to say ‘no’ to Apple.

What do you think? Can Apple still rely on Samsung while squeezing licensing fees?