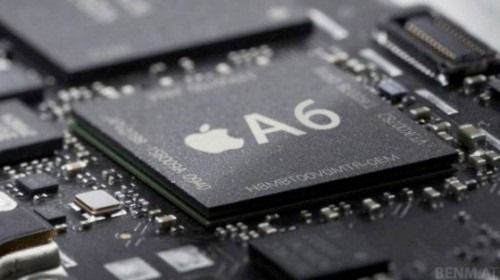 Taiwan Semiconductor Manufacturing Company (TSMC) has long been rumored to become an alternative supplier for Apple-designed processors powering iOS devices. However, yield issues and manufacturing difficulties with the foundry’s 20-nanometer process pushed back those plans.

Meanwhile, Samsung continues to make the Ax-series of processors for the latest iPhone and iPad. Per chatter from Asian supply chain, TSMC is working hard to ramp up 20-nanometer production “ahead of schedule”, apparently in a bid to win over Apple’s chip business from Samsung by 2014…

This indicates that Apple won’t be able to drop Samsung for A6 orders. In fact, the South Korean consumer electronics conglomerate is likely to manufacture at least two upcoming revisions of the Ax chip series until TSMC is able to meet Apple’s strict standards in terms of volume and production quality.

According to DigiTimes, a somewhat hit-and-miss Asian trade publication, TSMC is currently able to meet only 70 percent of 28-nanometer chip demand for clients such as Qualcomm, Nvidia, Broadcom, Texas Instruments and AMD.

The present 28nm shortage at TSMC makes it more unlikely that the foundry could attract orders from Apple, the sources claimed. TSMC currently is unable to provide sufficient capacity to its existing 28nm customers, the sources said.

The semiconductor foundry won’t be able to satisfy 28-nanometer demand completely until the first quarter of 2013.

TSMC, which has its headquarters and main operations in the Hsinchu Science Park in Hsinchu, Taiwan, is betting its $700 million investment in 20-nanometer technology in this year alone will pay off big time as Apple is presumably looking to reduce its dependency on Samsung, with whom the iPhone maker is involved in an ugly patent fight across continents.

The sources added TSMC stands a good chance of landing CPU orders from Apple in 2014.

It should be noted that switching to the cutting-edge 20-nanometer technology would file as a risky move which would require a significant engineering work on Apple’s part.

A credible chip analysis has indicated that the iPhone maker is already testing the 32-nanometer chipmaking process with the single-core A5 chip powering its third-generation Apple TV set-top box.

The improved A5X processor in the new iPad, however, remains fabbed on Samsung’s 45-nanometer process as Apple opted for a 310 percent larger package which dissipates more heat than its predecessor. 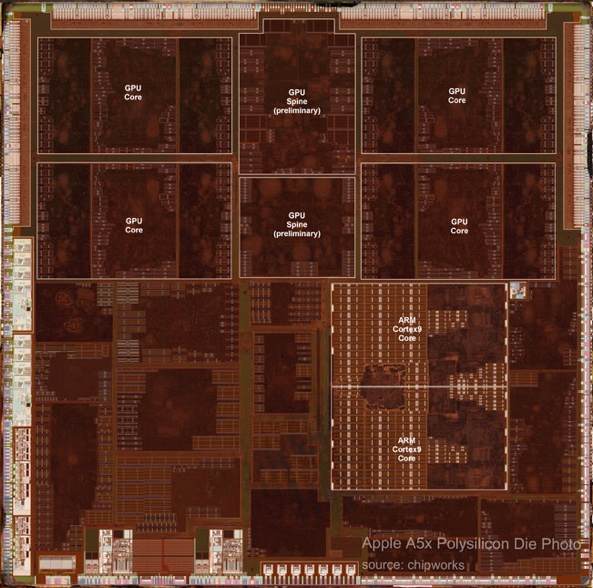 Apple and Samsung are due to meet for court-mediated talks on patent issues on May 21-22. It’s unclear whether those negotiations will lead to an out of court settlement. Apple’s boss indicated his company would prefer such an outcome.

According to IDC and Strategy Analytics data, Samsung overtook Apple and Nokia to become both the world’s top smartphone maker and the #1 cell phone vendor in the first quarter of 2012, by volume.

Together, the two frenemies accounted for virtually all of the mobile industry’s profits.

What’s your take, will Apple switch to TSMC for A6 production?