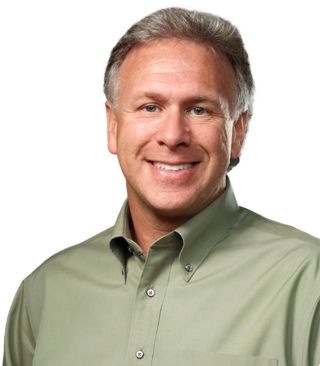 It’s day two of the monster Apple vs. Samsung trial and Apple’s senior vice president of worldwide marketing Phil Schiller testified, but only briefly as the jury was dismissed for the day. What came out of him reflects Steve Jobs’ notion that it is Apple’s rather than the consumers’ job to know what they want.

So far he’s given his name, title and role and confirmed it was he that Steve Jobs sent the vacation photo to at the 2007 MacWorld introduction of the iPhone.

Schiller also detailed the systematic process Apple has for introducing new products, a cross-functional effort with the unexciting name Apple New Product Process (ANPP). Marketing is an equal member of the team, Schiller said, because Apple wants to make sure customer needs are represented.

That said, Schiller said the company doesn’t use any customer input into the creation of our products.

“It’s not a customer’s job to know that so we don’t ask them that,” Schiller said.

Apple’s late co-founder noted on numerous occasions that Appel doesn’t do focus groups, though the company does (some) market research.

If I’d asked my customers what they wanted, they’d have said a faster horse.

As we learned from longtime Apple industrial designer Chris Stringer’s testimony, it’s in Apple’s DNA to gather “a pretty maniacal group of people” literally around a kitchen table and task them to come up with as much as “50 designs for a single button”.

Steward of Apple’s relationship with app developers, Schiller is sometimes referred to internally as Mini-Me and Dr. No because he “channeled Jobs’s perspective so consistently”, including his insistence to say ‘no’ to a number of things, according to a Businessweek profile.

Schiller is also the guy to blame for celebrity Siri adverts starring actor John Malkovich which have become the subject of mockery (and clearly they’re not working).

The latest set of adverts starring an Apple Store Genius has also been met with ridicule and dissed by no other than Apple’s former marketing whiz Ken Segall (he came up with the iMac name) who called them “cringe-inducing”.

Other people referred to these as being “dreadful”, “cheap”, “embarrassing” and “intellectually cheap”.

And please don’t get me started on false Siri advertising or that print advert for Siri which disappoints with its sloppy fact-checking.

We’ll continue monitoring this patent suit of the century and report on other interesting tidbits gleaned from a treasure trove of information that the Apple vs. Samsung mega-suit has turned into.

We’ll be hearing more from Schiller as his testimony continues on Friday.

What do you think of Apple executives’ testimonies so far?