In a way, he is in charge of what’s known as the world’s greatest marketing machine. Schiller, 52, controls a $1 billion global advertising budget and is responsible for Apple’s 180-degree turn with new celebrity commercials.

Authors Peter Burrows and Adam Satariano explore Schiller’s personality and management style based on interviews with current and former Apple employees, analysts and people in the know.

Schiller, the Boston native, has been at Apple since 1997 and according to his official bio page:

has helped the company create the best computers in the world with the Mac, lead the digital music revolution with iPod and iTunes, reinvent mobile phones with iPhone and the App Store, and define the future of mobile computing with iPad.

Though folks think he is only focused on what’s on the billboards, the Businessweek article describes Schiller as one of Jobs’s “most trusted, influential lieutenants” who famously came up with the iPod’s spin-wheel interface and believed in the product when other executives questioned its potential.

The executive oversees Apple’s advertising budget of nearly $1 billion, though the article asserts that “recent campaigns have fallen short of expectations”, especially celebrity Siri adverts starring actor John Malkovich that “have met with mockery in some circles, in part because the actors’ experience with Siri is laughably different from real-life uses of the imperfect technology”.

“They haven’t been in the 500s in years”, Daboll told the publication.

He is probably as well responsible for a $2.25 million settlement over false advertising of the new iPad in Australia as having 4G networking. 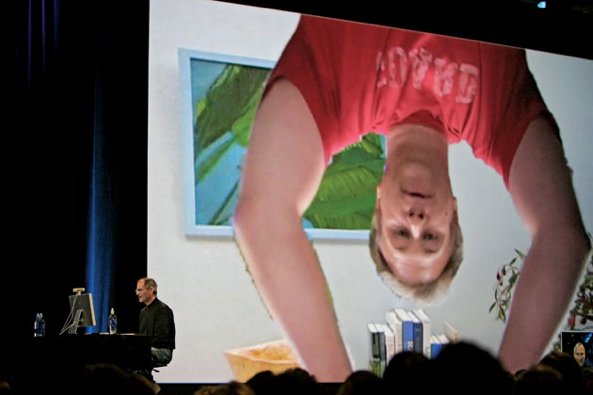 The most interesting bit is that Schiller is known within Apple as Mini-Me and Dr. No because he “channeled Jobs’s perspective so consistently”, including his insistence to say ‘no’ to a number of things.

He found the nickname flattering and kept a cutout of the Austin Powers character in his office. Like Jobs, he is ruthlessly disciplined when it comes to choosing new products or features, which has yielded another nickname: Dr. No, for his penchant to shoot down ideas, according to one former manager.

Other notable highlights about the man:

• he is the steward of Apple’s relationship with app developers
• he is also increasingly becoming the public face of Apple, as evident in his frequent appearances at Apple’s media events
• Schiller has taken over all of Apple’s marketing, which includes a global advertising budget of $933 million in 2011
• he helped Jobs weather the Antennagate scandal and pen Jobs’ 2004 e-mail informing employees of his cancer woes
• Schiller pushes Apple to investigate internal sources of product leaks
• unlike Jobs, Schiller is into sports: he is a rabid hockey fan
• he collects high-priced sports cars and has kept miniature replicas of some in his office
• the “if your app looks like it was cobbled together in a few days … please brace yourself for rejection” quote in Apple’s guidelines for app developers? That’s him.
• a father of two, he keeps the App Store a porn-free place
• and obviously, he stopped using Instagram for “jumping the shark” when it went Android

What do you think, can Phil Schiller keep Apple cool?