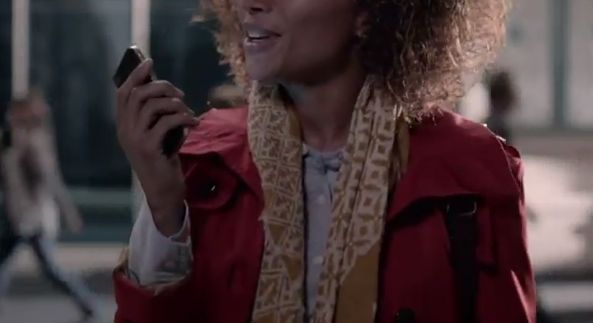 Two weeks ago, a guy from New York filed a class-action lawsuit in a California court, accusing Apple for “misleading” customers with Siri features set. Expect more of the same as another dude files a complaint, specifically mentioning “false and deceptive representations” of Siri’s capabilities in nationwide advertising.

The plaintiff claims television commercials that depict what Siri is capable of “diverge greatly” from real world experience. To be perfectly clear, Siri does tend to behave somewhat erratically from time to time, though Apple warns it’s a beta product.

The question is, should Apple heavily promote a beta product as the key feature of the iPhone 4S and – more importantly – is Siri advertising accurate and honest?

According to The Los Angeles Times, iPhone 4S owner David Jones on Tuesday filed suit against Apple in a U.S. District Court over false advertising of the Siri service.

Through its nationwide multimedia marketing campaign, Apple disseminates false and deceptive representations regarding the functionality of the Siri feature. For example, in many of Apple’s television commercials, consumers are shown using Siri to make appointments, find restaurants, and even to learn the guitar chords to classic rock songs. In its advertisements, Apple depicts these tasks as easily accomplished “just by asking” Siri.

The problem is, Jones’ suit reads, that Siri “would either not understand what Plaintiff asked, or, after a long wait, provided the wrong answer”. The plaintiff is seeking class-action status so “relief and damages” for all iPhone 4S owners could be in the cards.

According to a recent study, 87 percent of iPhone 4S owners use Siri at least once a month.

Anything is possible in a sue-happy culture like ours, but anyone using Siri can attest to at least “wrong answers” and “long waits”. I’m using Siri on a daily basis for a variety of tasks and have experienced at least a dozen service outages so far.

I’m not sure about “wrong answers”, though as Siri gets facts and answers to queries from third-party services, such as Yelp, Wolfram Alpha and so forth.

As for advertising, I have a minor complaint of my own. Early Siri commercials available on YouTube did not include the standard “sequences shortened” line. Only later, following complaints, did Apple begin including the disclaimer briefly at the end, such as in the latest Rock God advert embedded above.

“Sequences shortened” is for consumer protection, so prospective iPhone 4S buyers know in advance that Siri may not provide answers instantly as the adverts would have them believe.

Siri requires network connection to the Apple cloud and a number of factors influence its response time, including server load, network congestion, etc. It is also true that neither the Siri promo page nor the FAQ properly educate users on the many factors affecting reliability of the service.

As a result, real world experience with Siri does differ from the adverts and that’s why folks can take Apple to court and accuse them of false advertising.

I remember a similar argument had been used in complaints over the iPhone 3GS advertising, forcing Apple to use the “sequences shortened” disclaimer.

Latest example? The “4G” iPad situation in Australia and elsewhere.

It could have easily been avoided so I guess my question would be, why the disconnect?

Why Apple needs to be dragged to the courtroom before its marketing incorporates those disclaimers into commercials?