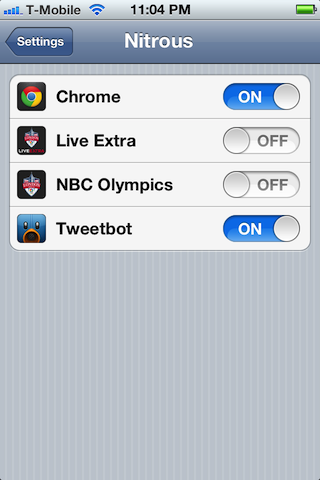 “Chrome will never be as good as Safari,” many lamented upon Chrome’s iOS debut, “It doesn’t have access to Apple’s private Nitro Javascript Engine.” If your device isn’t jailbroken, that still rings true, but if it is, then not so much anymore.

That’s because Nitrous — a new jailbreak tweak available on Cydia — unlocks the Nitro Javascript engine for alternative browsers like Google Chrome. Does it make a difference? Yes. Check inside and see for yourself.

The only way to really determine whether or not this tweak lived up to its claim, was to break out a Javascript benchmarking tool.

I decided to use SunSpider’s Javascript Benchmark tool, since that’s what most people seem to be using these days. First I tested out Safari to garner some sort of baseline, then I tested Google Chrome without Nitrous enabled.

The difference was pretty startling. I’d always heard people talk about how much faster Safari is than Chrome, but I never really bought into it. In real world usage, Chrome never seemed like it was that much slower. Sure, it was a tad less peppy, but it wasn’t anything to raise a fuss about.

But then, I saw the insane difference in benchmark results. Chrome by itself is insanely slower if you take into account pure statistics coming from the benchmarks. Notice this: 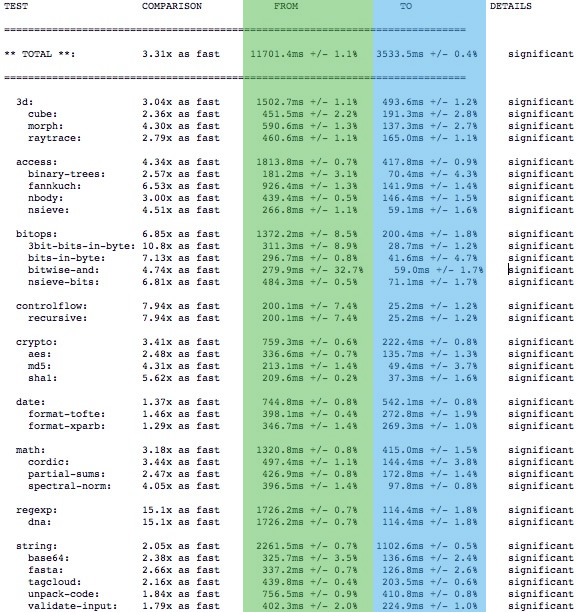 That’s an incredible difference in Javascript rendering speed. Although that doesn’t always translate well into real world usage, if you’re lifting some heavy javascript, then no doubt Safari would be significantly faster. 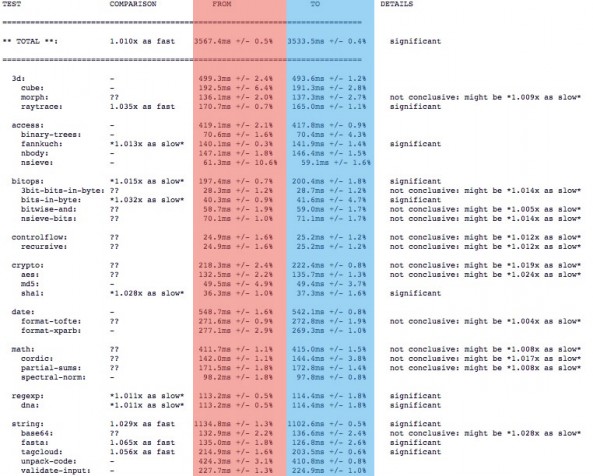 That’s a lot more comparable. Safari is still faster in some areas, but it’s nowhere near the landslide that it was with Chrome devoid of Nitro engine access. 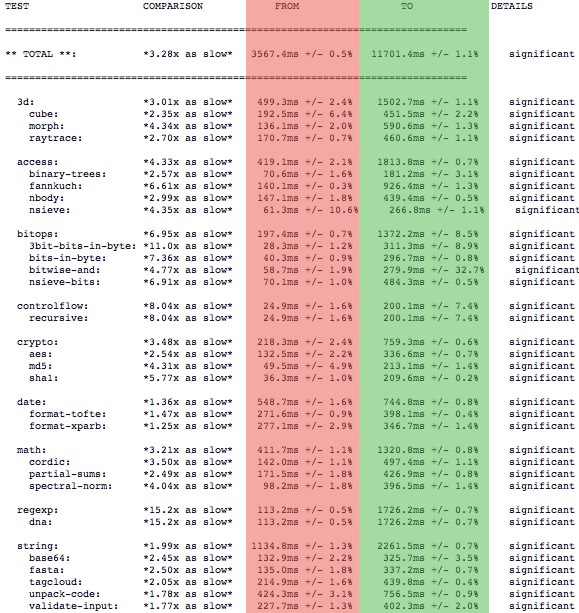 The results don’t lie. As you can see, there’s simply no doubting that Nitro access makes Chrome a whole new browser when it comes to Javascript rendering.

If you’d like to see the actual benchmark readout for yourself, then you can access Safari here, Chrome (stock) here, and Chrome (nitro) here. You can then compare each for yourself, or run your own benchmark and compare the two.

Not only do the hard line figures speak volumes for this tweak, but I can actually attest to the fact that the tweak makes Chrome more responsive as well. Pages load faster, and you’ll notice an overall boost in snappiness and response as a result.

The great thing about Nitrous, is that it’s not a tweak designed exclusively with Google Chrome in mind. No, it can assist any webkit browser and make it faster. It can even speed up apps that render web views. For instance, Tweetbot is listed as a supported app in the tweak’s settings panel.

Enabling and disabling Nitrous is as easy as flipping a toggle switch. You don’t even have to respring to feel the benefits, just kill the app in question, and the benefits are immediate.

At $0.99 on Cydia’s BigBoss repo, this purchase is a no brainer. Chrome can finally compete with Safari on Javascript rendering speed. If that was what was holding you back from using what is otherwise the best browser on iOS, you now have no excuse.