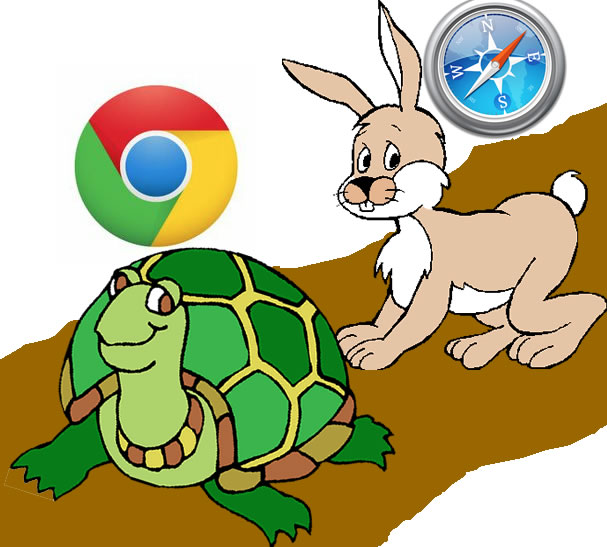 It’s funny to hear so many reports about how much slower than Safari Google Chrome will inevitably be, due to its lack of access to the Nitro Javascript engine. While that may be true from a technical standpoint, and no doubt data heads will be able to show me numbers that back that fact up, in real world usage, such stats tend to be tossed to the sidelines.

I’m not going to claim that the following speed test is anything close to scientific, but it will give you a decent idea as to what to expect from Google Chrome.

So, who won our speed test? Check inside for the details…

Note: As stated, there is nothing scientific about this test. Google Chrome was installed on an iPhone 4S using iOS 5.1.1, and Safari was ran on an iPhone 4 running iOS 6 beta 2. Granted, you’re going to expect the scales to tip a bit in Google Chrome’s favor due to the completely optimized iOS install, and the faster hardware. Even still, this test will give you a good indication that Google Chrome isn’t exactly a tortoise when it comes to speed. In real world usage, I found it more than adequate. Judge for yourselves.

What do you think? Is Google Chrome the downright slowpoke that everyone makes it out to be?

The point of these videos isn’t to show one browser blow another out of the water, it’s just to show that Chrome is entirely usable from a real world perspective.