A new set of court documents filed ahead of the July 30 mega-trial between Apple and Samsung reveals that retailers like Best Buy informed Samsung that an unknown portion of buyers were returning Samsung’s tablets because they thought they were getting iPads. Furthermore, court documents also show that several Samsung employees did discuss the similarities between Galaxy products and Apple’s iPhone and iPad themselves…

Samsung was forced to release a bunch of documents it had been keeping under seal that show the likeness between its products and Apple’s.

Examples outlined in the documents include comments from Samsung workers discussing similarities with Apple’s products, and reports Samsung got from retailer Best Buy that Samsung tablets were being returned because customers thought they were getting iPads.

Samsung is going to attempt to prevent this information from being included at trial, which begins July 30. Meanwhile, Microsoft, Research In Motion, Qualcomm and others reportedly want their contracts with Apple and Samsung kept under seal.

The same batch of court documents also contain 3D CAD drawings of early iPhone and iPad prototypes, including one particular iPhone prototype which Samsung claims had been inspired by Sony’s design language, as seen below. 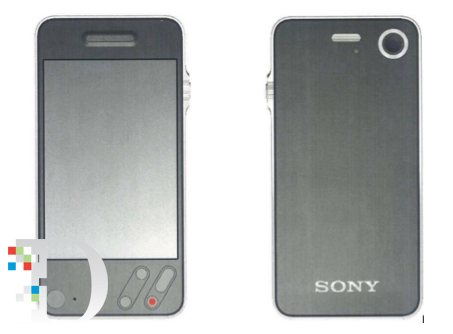 Samsung plans on using this early mockup to establish enough prior art to invalidate Apple’s design claims asserted against it.

Unfortunately for Samsung, internal communication has also revealed that Google and a bunch of famous designers advised against copying the iPhone too much.

Samsung on its part is adamant that Apple would have sold zero iPhones if it hadn’t been for its patents pertaining to wireless technologies.

Court-mediated talks between Apple and Samsung led nowhere as the two frenemies couldn’t agree to the value of each other’s patents.

Apple is allegedly seeking up to $2.5 billion in royalty fees from Samsung while offering the South Korean Galaxy maker half a cent per device in exchange for its own patents.