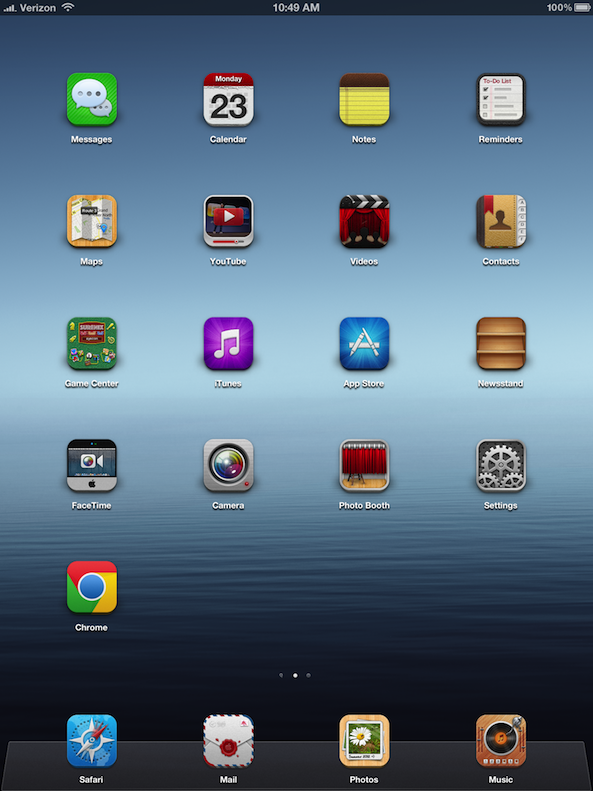 ayecon — the high resolution WinterBoard theme from renowned designer, Surenix — is making its way to the iPad. Perhaps the worst kept secret in the theming community, ayecon for the iPad is very real, and it’s coming soon to a jailbroken iPad near you.

If you’re at all familiar with the small screen version of ayecon, then you will know just what to expect from the iPad version. Not much has changed here, but as you know, that’s entirely a good thing. Full video preview inside…

ayecon, as its name alludes to, is all about the app icons on your Home screen. ayecon prides itself on providing some of the most high resolution icons and textures in the theming community, and it doesn’t disappoint. It really is something that needs to be seen in person to fully appreciate, but you might be able to get a good idea by looking at our video above.

Of course, you will need a high resolution display to take advantage of the theme, so the new iPad is a prerequisite. Fortunately, the new iPad, and its latest firmware can be easily jailbroken, and Apple hasn’t bothered to push an update since it was jailbroken many months ago.

All of your stock icons have been themed, along with numerous their party apps, and even many jailbreak app icons. If it’s a popular app either on the jailbreak side, or the App Store side, then you can almost guarantee that it will be included in the package.

Along with the icons themselves, there are also themes for the status bar, the wallpaper, and Notification Center, among other things. If you watched our previous video covering ayecon for the iPhone, then you’ll understand how insanely detailed each and every portion of this theme really is.

One of the things that always sticks out to me are the Notification Center textures. It looked great before on the iPhone, but now it’s just unreal how realistic the textures look. It almost feels that if you reach out and touch it, you’ll notice a burlap feeling sensation on your fingertips; it’s that convincing.

Obviously if you’re not a big fan of themes, then it’s unlikely that ayecon will change your mind, but I suppose it might if given a chance. I labeled it a benchmark theme when it was released on the iPhone back in early June, and I’ll reiterate it here. This is a benchmark theme.

When can you expect its release? Ayecon will be available on August 3rd, for the price of $2.99. If you’ve already purchased the iPhone version of the theme, then the price is reduced to $1.99. Of course, it would be nice if it were a free universal upgrade, but considering how much time and effort it must have taken to “re-retinanize” (yeah, I made that up) all of these icons, add additional icons, and make the tweaks that come with porting the theme to the iPad, I’d say the asking price is entirely reasonable.

What do you think? Do you plan on purchasing ayecon for the iPad when released?