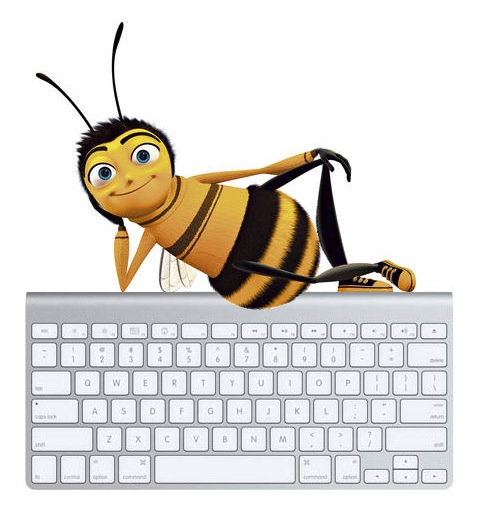 Although I’ve entertained the idea of using my iPad as a laptop replacement on and off during my tenure with the device, I always end up reneging on the thought. One of the primary reasons for this is the utter lack of keyboard shortcut customization within iOS.

Sure, some apps have minor Bluetooth keyboard interactivity, but those are few and far between. What about the ability to customize a keyboard’s shortcut settings for all apps, and for those that do support a measure of keyboard support, how about even deeper customization?

That’s where BeeKeyboard comes into the picture. It’s an upcoming jailbreak tweak that will allow you to create custom shortcuts and add-ons for specific apps. Finally, the external keyboard just got a lot more powerful on iOS.

The developer of BeeKeyboard also had me download an add-on called BeeSafari. This add-on applies directly to the Safari app, and no other. BeeKeyboard add-ons will allow you to uniquely interact with singular apps using custom keyboard shortcuts. For instance, with BeeSafari, I can now assign shortcuts to open a new tab, close a tab, switch tabs, navigate to search, refresh a page, etc. Pretty much anything you can do on a keyboard with the desktop version of Safari, you can now do with the iPad version courtesy of BeeKeyboard and BeeSafari.

Of course, there’s also an add-on that applies directly to your Home screen, which allows you to move the cursor keys to highlight particular apps, launch apps, switch pages, etc. Global shortcuts are also a big portion of the package, and include such abilities as being able to invoke Notification Center, the App Switcher etc. As you can tell, BeeSafari really lends a whole new level of control to external keyboard users. I can see it being particularly useful when add-ons are created fro writing apps, twitter apps, and more.

But that’s not all. As if those options weren’t enough, there’s the ability to invoke Activator actions via keyboard shortcuts. Now, if you’re at all experience with Activator, you know what this means. It means that you can launch specific apps, and perform specific Activator-only actions using only your keyboard. For instance, if I want to quickly compose a new tweet, all I have to do is configure a keyboard shortcut for the New Tweet Activator action, and off I go. There are so many different actions contained within Activator, that the sky’s the limit as to what you can come up with.

BeeKeyboard is currently still in development, but the developer promises that it should be launching soon. Once available, you’ll be able to find it on Cydia’s BigBoss repo for $2.99. That’s a fair price to pay to gain such functionality. With some additional add-ons and some time invested configuring the tweak, BeeKeyboard will almost be able to control the iPad all by its lonesome. What do you think? Does BeeKeyboard do enough to make you want to dust off your Bluetooth Keyboard? Let us know what you think about it in the comment section below.