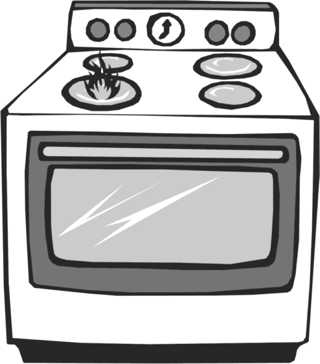 He also addressed the upcoming Windows 8 operating system which was designed to scale easily from tablets to notebooks to desktop systems.

Even as the likes of Huawei allegedly jump on the Windows 8 bandwagon, Cook thinks the operating system won’t succeed at uniting the two worlds.

Specifically, Cook likened Microsoft’s strategy to a toaster-refrigerator convergence that would never work.

Fielding a question from Citigroup’s Richard Gardner, Apple’s boss said that yes, even though iPad and MacBook could converge, such a combination would never work because of the many tradeoffs customers would not be willing to put up with.

Plus, he said it would make little sense as the two products cater to different needs and consumers use them differently…

As Nick Wingfield writing for the New York Times pointed out, the comment spawned Internet quip.

Anything can be forced to converge. But the problem is that the products are about tradeoffs. You begin to make tradeoffs to the point where what you have left at the end of the day doesn’t please anyone. You can converge a toaster and a refrigerator, but you know, those things are probably not going to be pleasing to the user.

Our view is that the tablet market is huge. The iPad has taken off, not only in consumer markets in a meaningful way, but in education and in enterprise, and its sort of everywhere you look now. And ss the ecosystem gets better and better and as we double down on making great products, I think the limit here is nowhere in sight.

He then clearly stated that Apple is not interested in combining the iPad and the MacBook into a new product family.

You wouldn’t want to put these things together because you end up compromising in both and not pleasing either user. Some people will prefer to own both, and that’s great too. But to make the compromise of convergence, we’re not going to that party.

Peter Bright writing for Ars Technica likened Windows 8 running on the desktop to “an awkward hybrid”. But just because Microsoft got it wrong doesn’t mean a hybrid between a tablet and a notebook would necessarily fail.

So, is Cook right then?

For starters, strong iPad momentum is affecting the Mac business as sales of Mac portables surged just two percent during the first quarter of 2012.  For comparison, Apple sold 11.8 million iPads during the quarter, a 151 percent unit increase over the year-ago quarter.

And Daring Fireball’s John Gruber remarked jokingly that today is probably “not a good day to be the lead engineer on Samsung’s upcoming refrigerator/toaster oven”.

Jefferies & Co. analyst Peter Misek opined last August that iOS and OS X are to become one by 2015, with Apple beginning “to merge iOS (iPhones/iPads) with OS X (Macs) into a single platform for apps and cloud services” starting in 2012-13.

So, what would a cross-over product between an iPad and a MacBook look like?

An iMac Touch mockup concept video created by 3D animation student Joakim Ulseth might answer this question, even if it’s only one of the many possible visions.

The iOS-OS X convergence that begun with OS X Lion marches forward with an upcoming late-summer release of Mountain Lion, bringin even more iPad-like features to the Mac, including Messages, Reminders, Game Center and the Notifications Center.

If you ask me, an ARM-based MacBook that could run both iOS and Mac apps is a no-brainer. I’m sure customers would find various uses for it as ARM architecture would theoretically provide for an all-day battery performance.

If Apple taps the collective expertise of its PA Semi and Intrinsity engineers to produce a MacBook Air featuring a really long-lasting battery and the ability to run both Mac and iPad apps, I imagine many of our readers could fall in love with such a gadget.

Is it just a pipe dream?