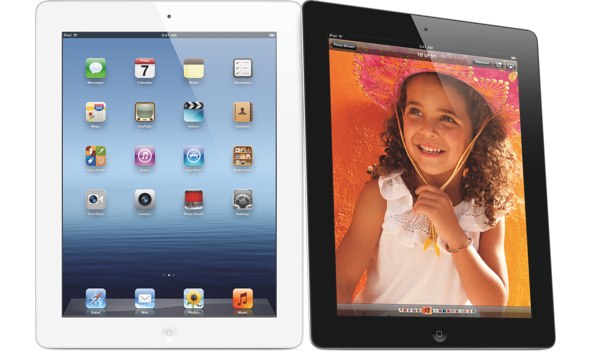 Apple debuted its third-generation iPad two weeks ago and announced shipments of three million units during the launch weekend. Although the tablet is not yet officially sold in the 1.33 billion people Chinese market, Apple has just been granted a certification for the device, an important pre-requisite for having the new iPad appear on store shelves.

While the company did not yet indicate where it will launch the gizmo next, the new iPad originally hit ten major markets, including the United States and Hong Kong, one of two Special Administrative Regions of the People’s Republic of China (the other being Macau) .

The second phase of the aggressive roll out has brought the iPad last Friday to 24 additional countries, but not mainland China. Thanks to Apple’s ability to keep up with consumer demand this year, some unauthorized Chinese resellers are already seeing smaller return on their investment.

IDG News Service pointed to a China Compulsory Certification for the new iPad over at the China Quality Certification Center website. Usually these things indicate an imminent product launch.

3G versions of Apple’s iPad will still need Chinese regulatory approval for a network access permit, according to experts. But even with the approval, Chinese authorities could still decide to intervene, given the ongoing trademark dispute, said Sun Peilin, an analyst with Beijing-based research firm Analysys International.

It will be interesting seeing how Apple goes about launching the new iPad in China in the midst of a trademark dispute over the iPad moniker with bankrupt display maker ProView.

ProView also took Apple to courts in the United States, while the iPad maker threatened to sue them over damaging their reputation by asserting Apple does not hold rights to the iPad name in China. A month ago, a newspaper in India reported that the two parties might be willing to negotiate an out-of-court settlement.

China has become not only Appe’s fastest-growing market, but also the leading market for iOS activations which recently surpassed those in the United States. Still, Microsoft believes it will eventually overtake the iPhone in China with its Windows Phone platform.

As for the iPad, Apple CEO Tim Cook has been spotted in Apple’s retail store in Beijing, prompting speculation that China Mobile, the country’s and the world’s largest carrier, is about to land the iPhone (and the new iPad). For all we know, Cook might as well be touring China to inspect preparations for the launch of the new iPad firsthand.

The company is said to appease to Chinese customers with local search engine Baidu becoming the default search option for Chinese users in iOS 5. Analysts are predicting a massive quarter for iPad sales, calling for 12 million units of just the new iPad.

Now, I’m wondering about that ProView dispute. I think Apple will settle this matter out of court and won’t launch the new iPad in China until this is resolved. The last thing Apple needs right now is another lawsuit by ProView or – worse – a country-wide sales ban of the popular tablet which holds, according to a Canary research, just shy of 70 percent of tablet market in China.