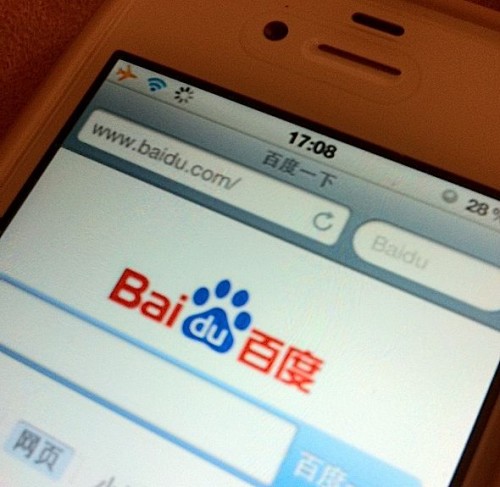 If Apple’s multiple mapping firm acquisitions and recent iPhoto makeover haven’t convinced you that the company is trying to distance itself from Google as much as possible, maybe this will.

Sina Tech is reporting that it has learned that Apple is looking to add Baidu, China’s market-leading internet search company, as a default search engine option in iOS. So long Google…

According to the report, the Baidu integration is expected to make its way to Chinese devices via a software update. And users could see the new firmware as early as next month.

As TheNextWeb points out, the move is far from shocking. Baidu is responsible for a staggering 83.6% of internet searches in China, so making it a default search engine option in iOS makes sense. Also keep in mind that Apple has offered Bing and Yahoo as Google Search alternatives for quite some time now.

Regardless of the reasoning behind it, this could spell serious trouble for Google’s mobile search business in China. It’s already trailing its competitor by 60%. And once Baidu is integrated into iOS — which sees more devices activated in China than in the US — it’s going to be even harder for Google to gain ground.