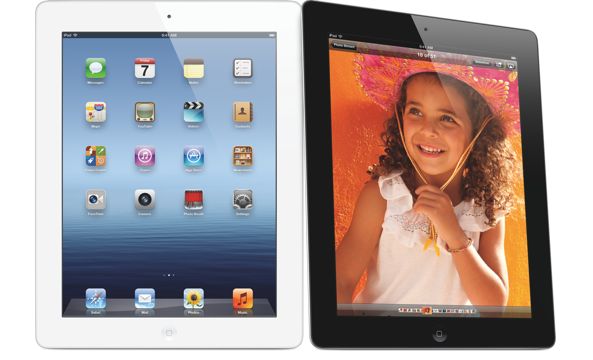 The new iPad hit the market just four days ago and already it has managed to move three million units. But that’s peanuts compared to the twelve million units some analysts are projecting for the entire first quarter of 2012, which ends in less than two weeks. Mind you, this estimate excludes sales of iPad 2, now discounted to $399 for the entry-level 16GB Wi-Fi model, and is based on 156 percent year-over-year growth versus the 111 percent iPad growth in the holiday quarter.

As noted by John Paczkowski over at the AllThingsD blog, UBS analyst Maynard Um is projecting “massive” iPad quarter based on an average of 750,000 daily units since last Friday’s launch. Of course, launch demand will eventually cool off, but with the device launching in 23 more countries this coming Friday (fastest iPad roll-out yet) and impressive rates of production ramp-up, Apple looks poised to take iPad sales to the next level…

The analyst wrote in a note to clients today:

Apple has sold ~750,000 new iPads per day since launch on Friday. If there are no supply shortages, this would imply a run rate of ~12 million new iPads between launch and the end of the quarter. We continue to believe there could be upside to our 12 million estimate for the quarter.

AppleInsider quoted Piper Jaffray’s Gene Munster who believes that “the unprecedented ramp of the iPad over the past year is evidence that the tablet market will be measurably larger than the PC market”. The publication also wrote that J.P. Morgan’s Mark Moskowitz expects full-blown Office for iPad suite, helping drive corporate adoption of Apple’s high-resolution tablet.

Of course, Apple owes strong sales of the new iPad to an aggressive roll-out. The device launched last Friday in ten major markets and is coming to 23 additional countries this coming Friday, March 23, Apple said in a press release. All told, this will be the fastest iPad roll out ever, CEO Tim Cook said at the unveiling.

Availability of the new iPad at Apple’s online store is also improving, with shipping times dropping from 2-3 weeks down to 1-2 weeks. Ironically, prospective buyers are still better served waltzing inside an Apple store where they can immediately pick up any model of the new iPad. By the way, among the three million iPads sold so far at least 200,000 units have reportedly been smuggled into Shenzen, China.

The Fortune’s Philip Elmer-DeWitt observed that Apple’s efficient supply chain management under Tim Cook’s watch led the new iPad to a huge start. The below chart published Tuesday by Piper Jaffray’s Gene Munster illustrates the notion that Apple has increasingly been able to make and sell a greater number of iOS devices, responding to market demand with uncanny flexibility.

Surprisingly, as John Gruber pointed out, Apple’s been able to ramp up the new iPad production quickly and at the same time pressure its Asian suppliers and contract manufacturers to raise wages while committing to a 48-hour average workweek and a five-percent month-over-month decrease in 60+ hour weeks in February 2012.

The original iPad took 80 days to ship three million units and 28 days to hit the one million unit mark following its United States debut in April 2010. Apple CEO Tim Cook told the press during the new iPad unveiling that “Apple has its feet firmly planted in the post-PC future”. He sees Apple’s retail stores as the key venue to selling and educating customers who are new to Apple and its mobile devices.

Carmine Gallo shared this sentiment in his new book entitled “The Apple Experience: Secrets to Building Insanely Great Customer Loyalty”, noting that Apple knows how to sell the experience rather than just products and is keen on continuing to educate and empower them at retail stores in order to build long-lasting relationships.