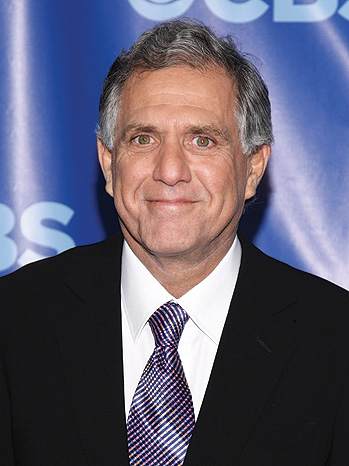 In Walter Isaacson’s popular biography of Steve Jobs, it was revealed that the Apple co-founder had apparently “cracked” the code of the Apple television set we’ve been waiting for. While speaking to a Brazilian TV network, Issacson admitted he left out a few details about the TV set from his book, out of respect for Steve Jobs and Apple.

Of course part of building a TV set of such stature, Apple has to get TV networks on board for streaming. In a news report from Hollywood Report, CBS’s CEO Les Moonves reportedly said no to Steve Jobs over a content streaming partnership…

Moonves said, while speaking at the UCLA Entertainment Symposium yesterday, that Steve Jobs approached him over a year ago to discuss the deal:

CBS CEO Leslie Moonves said Saturday that he was approached about a year ago by Steve Jobs to provide content for Apple’s long-rumored television service but he declined to participate…Moonves told a conference audience that he met with Jobs, the late Apple CEO, and heard a pitch for what was billed as a subscription content service, but ultimately he said he wasn’t interested in providing CBS shows or films to the venture.

Apple’s new TV set (not the set-top box announced last week) is said to be a game changer. And today’s comments out of Moonves, may confirm rumors that Apple has been trying to lock-in television networks for streaming content.

Along with the rumored Apple TV set, the streaming partnership could have also been implemented into other products, like a streaming service. More than likely, Apple has also talked to other networks like NBC, ESPN, and more over similar deals.

It’s not clear why Moonves would say no to Jobs. Perhaps it was over revenue concerns.

“I told Steve, ‘You know more than me about 99 percent of things but I know more about the television business,’ ” Moonves said, citing his concerns about providing content to a service that could disrupt CBS’ existing revenue streams. Moonves said Jobs, in characteristic fashion, strongly disagreed with his assessment.

We’re pretty sure he’s among the few men that have said no to the late Steve Jobs.