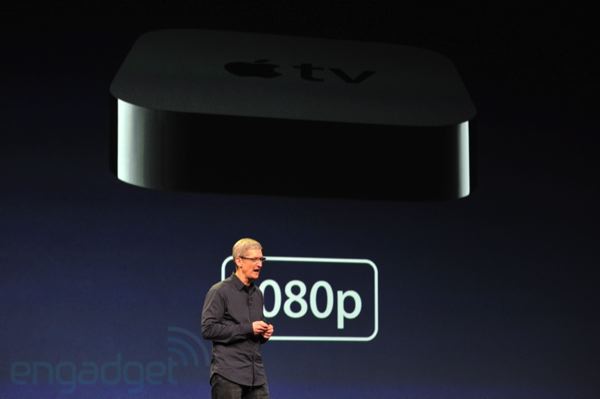 While the third-generation Apple TV was rumored to have a dual-core A5X processor, the new media streaming device was announced with a different processor this afternoon. The new Apple TV, which features 1080p playback, actually packs an A5 processor underneath.

However despite what you might think, this isn’t the A5 processor that Apple has included in the iPad 2 and iPhone 4S…

In comparison, the second-generation Apple TV features the A4 processor.

The tech specs page for the new Apple TV reveals its new processor. It’s unclear if Apple plans to include the processor in future devices. But if I had to guess, I’d say this processor is Apple TV exclusive, giving it just enough power to do its job and keeping the 1080p graphics going.

The processor is a package-on-package (PoP) system-on-chip (SoC) which stacks a dual-core ARM Cortex-9 CPU, dual-core PowerVR GPU and memory along with other computing assets into a small package.

It’s interesting that Apple didn’t include the A5X processor in the new Apple TV. They presumably left it out to make the device cheaper to develop, because in reality, it seems the single-core A5 will still get the job done.

The new Apple TV also features an updated interface, which we showed off on video earlier this afternoon. The new interface actually looks pretty sleek.