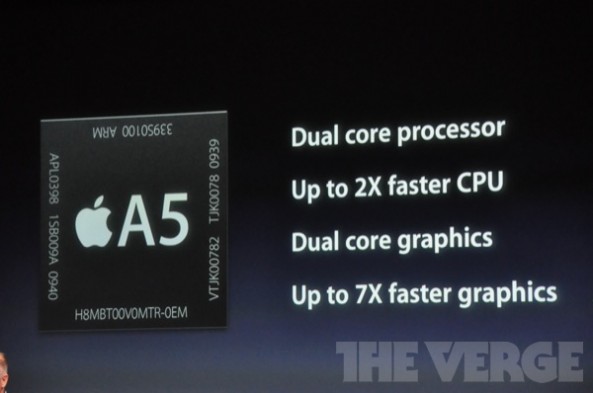 Some interesting news today if you like chips (and who doesn’t?), especially those that go into the beating hearts of our iPads and iPhones. Samsung’s Texan facility has historically been the source of NAND flash memory, but according to a new report by Reuters, it is also now responsible for the A5 chip used by Apple.

The A5 chip is what powers Apple’s iPhone 4S and iPad 2, and bringing production of the part to the United States hasn’t been cheap for Samsung.

Reuters’ report claims that the new production line in Texas has cost the company $3.6 billion to set up, and with 1,100  staff on board it probably isn’t cheap to keep running, either. The line recently reached its manufacturing capacity, too, which is probably due to the iPhone 4S needing more than a few chips for worldwide sales.

Couple the news that the A5 is now being manufactured in Texas with the new Brazilian plant that recently opened for building Apple hardware, and the whole shebang is closer to home than when things were being built in China. Tim Cook’s strengths are in logistics and maximising potential in such areas, so we are willing to wager that he had something to do with these changes.

Anything that makes Apple’s hardware easier to get ahold of with less stock issues is a good thing as far as we are concerned. If they can make things cheaper and pass the savings onto us too, well, that’s just gravy.