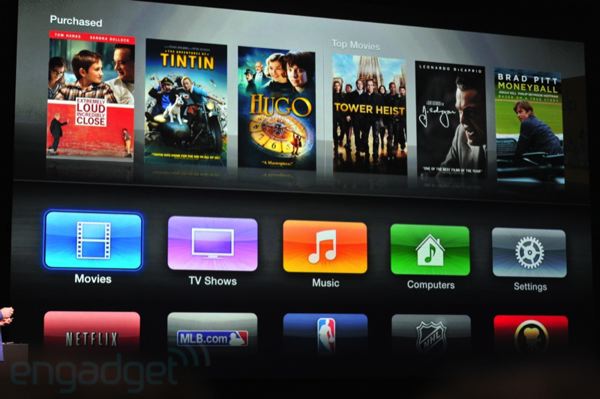 The Apple TV received an update to its interface, shortly after today’s iPad media event.

The interface, while nice at first glance, does little more than spiffy up the Apple TV’s Home screen. Underneath the friendly bubble based interface, you’ll find the same text-based menus of old.

It’s basically just a shiny coat of new paint on top of the Apple TV’s plain jane UI. It’s certainly not a sole reason to purchase an Apple TV, or negate your jailbreak just to enjoy the new UI…

For that reason, unless you don’t care about jailbreaking the Apple TV 2, we recommend you hold off on this update. From what we can tell from our brief hands on experience, it does little more than pretty up the Home screen. Oh, and there’s a few new screensaver images thrown in for good measure.

We’re still digging into the update, but so far, it doesn’t look like a compelling enough reason to update unless you don’t care about jailbreaking.

Of course, for those of you planning on purchasing a new Apple TV for the 1080p capabilities, the updated UI is just an added bonus, not an outright reason to upgrade (unless of course you want the full HD).

What do you think about the Apple TV’s new interface?