Last week into this weekend has been iPad 3 rumor central. We first saw images of the purported tablet, hints of an A5X processor instead of an A6, and Samsung Retina displays in production. Tonight, comes another iPad 3 rumor. 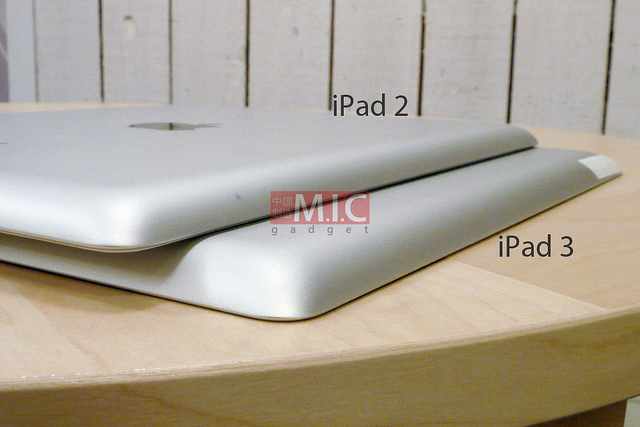 Not only do the leaked images expose that the iPad 3 will have more of a gradual taper, it will also remain around the same thickness of the iPad 2. However in the first shot, it appears the iPad 3’s volume rocker and mute switch are seeing a slight redesign.

There have been iPad 3 cases leaked by many blogs, all looking about the same.

The iPad 3 is rumored to be announced on March 7th at a special media event held in California by Apple. Launching a few days later, the purported tablet is rumored to rock a Retina display, bigger battery, upgraded cameras, and an upgraded processor.

The iPad 3 should also launch with iOS 5.1, which will pack new wallpapers, Siri support, and a new camera slider on the Lock Screen.

Are you getting excited yet?