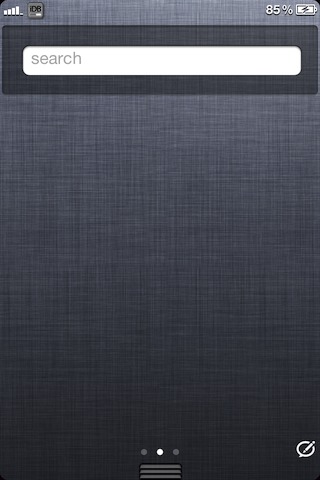 The oddly named OpenURL NCWidget is yet another way to go about performing Google searches from Notification Center.

As you may already be aware of, there are already a couple of tweaks in the Cydia store to make searching from Notification Center a reality, but this one adds a few new features not found elsewhere…

At first glance, it may seem like OpenURL NCWidget is a poor man’s WeeSearch Pro. But there’s a little more than meets the eye here.

While it doesn’t feature nearly the amount of options that you would get with WeeSearch Pro, it does do a few things that I haven’t been able to pull off with WeeSearch, namely the ability to visit a website directly by prefixing your search with http://, and the ability to launch apps if you know their respective URL shortcuts e.g. sms:// for the SMS app.

If you want a simple yet effective search tool at your finger tips, then OpenURL NCWidget may be what the doctor ordered. On the flip side, you can do almost the exact same thing (sans launching apps) with a tweak like QuickGoogle using an Activator action for free, while OpenURL NCWidget costs $0.99.

Let me know what you think about OpenURL NCWidget in the comment section. Do you think this would be something that you’d use on a day-to-day basis?