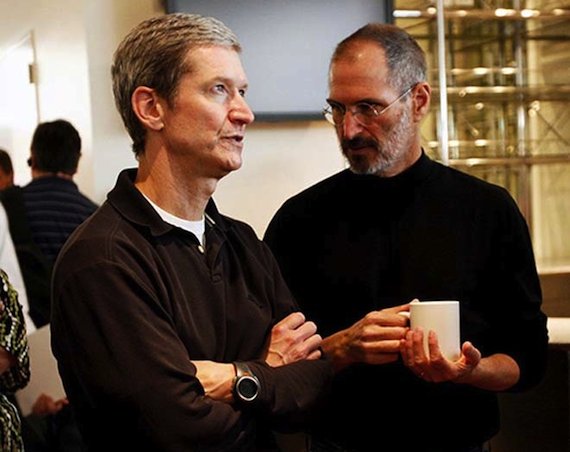 Apple has been on an absolute rampage since Tim Cook took over Steve Jobs’ role of Apple’s CEO last August. A lot of folks wondered if the company could maintain its dominance without the passionate founder at the helm.

And although most of what we are seeing right now is still a direct result of Jobs’ efforts over the last decade or so, you have to admit that Cook is no slouch. But if you had any doubts that he was the right man for The Job, read this…

Cook made quite an impression today during his first Goldman Sachs Conference as Apple’s CEO. Pundits noted that while Cook may not have Jobs’ showmanship, he speaks well, knows his stuff and at times sounds very passionate.

What really stuck out, though, were his final comments of the conference, which were in response to the question “What do you think your leadership may bring to change Apple, and what are you really determined to maintain?”

“I think the most important part of that question is the second part. Apple is this unique company, unique culture, that you can’t replicate. And I’m not going to witness, or permit the slow undoing of it because I believe in it so deeply. Steve [Jobs] drilled in all of us over many years that the company should revolve around great products and that we should stay extremely focused on few things, rather than try to do so many that we did nothing well. We should only go into a market where we can make a significant contribution to society — not just sell a lot of products. And so these things, along with keeping excellence as an expectation of everything in Apple, these are the things that I focus on because I think that these are the things that make Apple this magical place that really smart people want to work in and sort of do not just their life’s work, but their life’s best work.

During his multiple medical leaves, Steve Jobs picked Tim Cook to serve as his temporary replacement. And then in his resignation letter, where he announced that he would be stepping down as Apple’s CEO, Jobs recommended that Cook be the company’s next leader. And we don’t think he could’ve made a better choice.