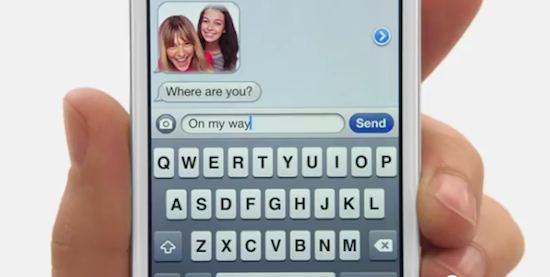 With the holidays around the corner, Apple’s advertising team is working overtime. Just a few days ago we told you about the new iPad 2 commercial, and now the company has just released a new iPod touch ad.

The iPod touch line didn’t receive any hardware updates this year, but it did get a new white model and a minor price drop. It also received the new iOS 5 update, which stars in the device’s latest TV spot…

The advert is interesting because not only does it spotlight cool features like Game Center and video recording, but it also shows the device has smartphone-like qualities, such as text messaging and video calling.

Users can send text and other media to other iDevice owners using iMessage, and can make video calls using FaceTime. And at $199, it’s not a bad alternative for people who don’t want a data plan or carrier contract.

What do you think of Apple’s latest commercial?