All the rumors and all the betas are over. Now we’re all using Apple’s iCloud. We’re syncing, we’re backing up, and (to certain extent) we’re streaming. Life is good… kind of.

For those of us who remember the debacle that was Apple’s launch of the now-replaced MobileMe. the initial iCloud launch is undoubtedly leagues ahead of the chaos and server failures that accompanied the arrival of Apple’s previous cloud service. iCloud seems to be more robust, but does it actually do what most of us want?

First, let’s take a quick look at the good parts of iCloud before moving onto the bad and the crazy…

In my mind, anything that gets people to back up their iPhones, iPads and iPod touches has to be a good thing. In a world where around 50% of iDevices never actually get synced to a computer after their initial setup, it is clear that there needs to be a better way to handle the backing up of our Apple devices. With more and more of our lives being lived online, there needs to be a one-size-fits-all, unobtrusive way to keep our data safe. 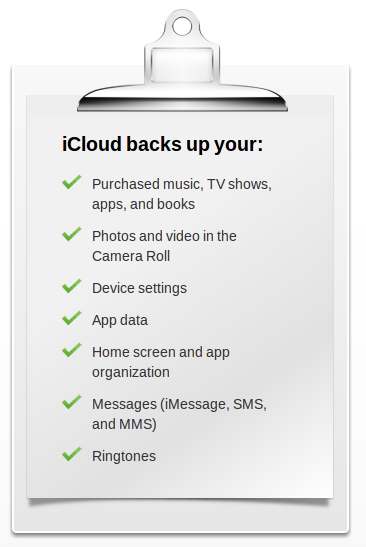 iCloud and iOS 5 manage that, and they (apparently, thus far at least) seem to make a fairly good job of it. Each night, while your iDevice is happily sucking that oh-so-expensive electricity from the intravenous drip we call a sync cable, it will automatically backup to the magic data center in the sky. You could, in theory, never actually connect your handset, tablet, or personal music player to a computer again.

Restoring from iTunes is handled in a similar, no-fuss kind of way. Giving a fresh device your Apple ID gives you the option of restoring from iTunes or the cloud, and choosing the iCloud sets the wheels in motion. You sit back, and you wait for Apple’s servers to spin into action, and all is well.

Apple, you made a decent job of iCloud backups, and I commend you. But it goes downhill from there.

Now before I go on here, let’s set some ground rules. I know your experiences may vary from mine, and I’m sure you’re getting on with some of this stuff better than I am. These are my experiences; this is how I’ve found iCloud to work over the last few weeks and months of testing. Some things I expected to be worked about before the beta finished, but now iCloud is in the real world, I think we can safely assume this is how it’s going to stay, at least for now.

First off, some aspects of syncing just don’t work.

Here’s my current setup: One 13″ MacBook and a 11″ MacBook Air. On the iDevice front, there’s an iPhone 4, iPhone 4S, and iPad 2. We’re talking a fair bit of Apple stuff here folks. I’m fully entrenched in the ecosystem Jobs and co. spent the last ten years creating. I’ve used MobileMe in the past to do similar things to what I’m about to describe, and that didn’t work, either.

For me, the main use of iCloud is the simple task of getting contacts, calendars, and bookmarks to sync across devices. It should be iCloud’s bread and butter. It should “just work,” and for some, it apparently does.

Not for me, though.

I have contacts going missing on some devices, and I have contacts duplicated on others. I have phone numbers that I change in one contact getting copied over, but the email address I changed in the same contact refuses to make the jump.

Calendar? I’ll give Apple a point there, because is actually seems to work. One out of three ain’t bad.

Safari bookmarks are the most infuriating part of the whole thing, and it should theoretically be the easiest to get right.

Picture the scene: I flick the magic switch on both my iPhone and one of the Macs. You know, the switch that turns on the bookmark syncing. The one that should copy everything across to my newly-set up iPhone. And it works. Kinda.

See, iCloud decided that my bookmarks are so important that it should copy them across three times.

That wouldn’t have been so bad, if it hadn’t then copied them back to the Mac, too.

At this point I set about deleting the duplicated bookmarks manually while hoping the changes would be copied across to the iPhone, all the while grumbling that this kind of thing never used to happen when I used that little white cable.

What did iCloud do when I finally finished deleting everything? Oh, it copied it all back again. Yep, that works!

So what about the “crazy” part of iCloud I alluded to earlier?

Settings and personal information aren’t the only things iCloud is supposed to sync. There are documents, too.

We’ve already shown you how iCloud works with iWork on iOS, and it’s a dream. Documents fly between the apps and the servers with alarming speed, and the whole thing happens with no input from the user. It’s a sight to behold if you’re the kind of person that uses iWork on your iDevices.

On the Mac, assuming you’re the proud owner of Pages, Numbers and Keynote, you’d assume that the same thing does on there, especially with Lion’s versioning going on in the background. You should be able to edit a document, and watch it jump to your iPad within the blink of an eye, right? 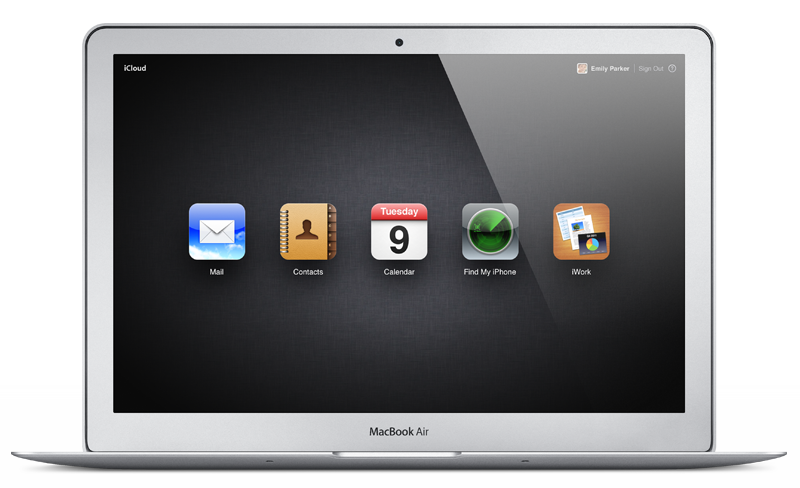 As things currently stand, the only way to get a file from iCloud and into the iWork apps on a Mac is to download them. From where you ask? From iCloud.com, of course. We’re stuck in the 1990s.

Things get worse. You go through the hoops of downloading your document, and you make all the necessary changes. Seeing as iCloud is built into OS X Lion, it will surely sync those changes back to Apple’s servers won’t it? No, no it will not.

Instead — and again, I’m still in shock that this is what is expected of us — you’ll need to visit iCloud.com in your browser and upload your file. It’s like Geocities, all over again. Even MobileMe and .Mac had a better way of managing things, just by using iDisk. And iDisk sucked!

I find myself having to say this repeatedly for fear of a good flaming: I know this may change, and yes, Apple may well be working on adding iCloud to its suite of desktop applications. But why, for the love of all that is good and right, were these things not working before iCloud kicked in? If Siri deserves a beta tag, iCloud sure as hell does as well!

At what point does ‘it will, nay might, get better’ cease to cut the mustard? At what point can we say, with some degree of certainty, that Apple just doesn’t get syncing and web services?

The recent news that Apple did indeed attempt to buy Dropbox perhaps shows just how much it needed to get its hands on a company that knew how to do cloud stuff right. Apple’s failure to buy Dropbox may very well be the reason that iCloud’s document syncing is so… broken.

So will iCloud eventually morph into the all-syncing-all-dancing (see what I did there?) solution we crave, or will it fizzle out the same way MobileMe did? Granted, iCloud’s big advantage over its predecessor is the fact it costs absolutely nothing, and I suppose you can’t argue against something that is free. But that said, Google’s syncing solutions are free, and for now, that’s where I’ll be keeping all my data.

Everything else? Well, that’ll be getting synced with that little white cable again.