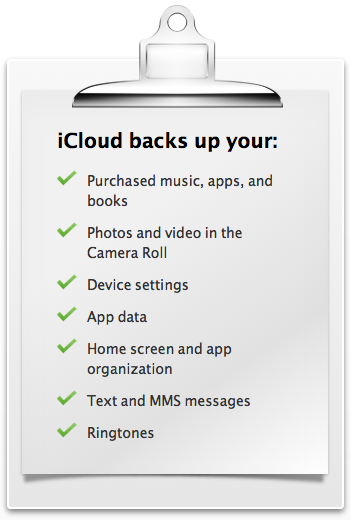 Sometimes it’s easy to forget that we in the geek world aren’t like normal people. We spend our lives connected, and backing up our data is just one of those things we do as a matter of course. Until iOS 5 arrives in the coming months, the only way to back up an iOS iDevice is to plug it into iTunes and let it sync. But does anyone actually do it?

According to a little birdie, only 50% of the customers who take iDevices into Apple Stores for repair have their apps, settings, contacts and the like, backed up.

That’s right – around half of iPhones, iPads and iPod touches don’t find themselves plugged into iTunes after that initial set up – a set up that won’t even need to be done after iOS 5 lands…

“A little birdie says that about 50 percent of Apple Store customers who need to get their iPhones swapped have never plugged them into iTunes after the initial activation and sync. This is a big reason, according to this birdie, for why Apple Store Geniuses are excited about iCloud.”

The comment about iCloud makes sense. The current barrier to entry when it comes to backing up iOS devices is the cable and computer. Theoretically, and apparently this is happening, devices need never actually be connected to a computer other than to do iOS software updates.App installations and updates can all be handled on-device, and music can also be purchased from the iTunes app. People just don’t need to connect to the desktop iTunes.

But there is one thing they need, and that’s power.

The way iOS 5’s backups will work changes the game completely. Now, when a device is plugged into a power outlet and the screen is locked then a backup will be performed. This happens once a day, usually at night when there is less chance of a user interrupting the process. With the default setting being ‘ON’ there really is no reason for users to not back up their data.

Apple, once again protecting its users from themselves.