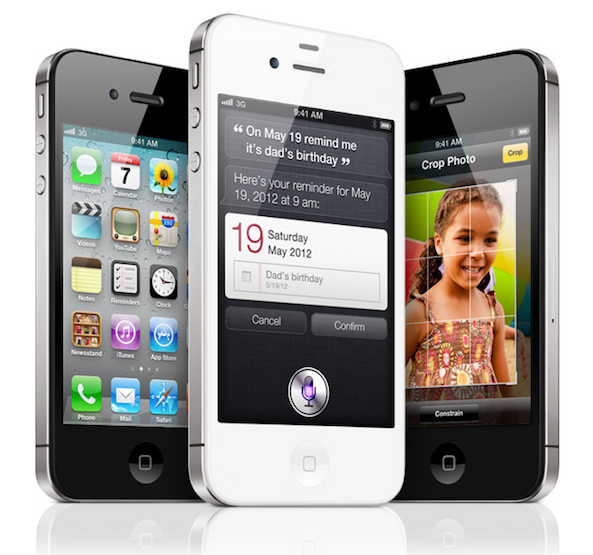 After introducing the iPhone 4S on Tuesday, Apple was met with an onslaught of harsh criticism for essentially “not living up to the hype.” Several rumors regarding a completely redesigned handset seemed to set the wrong expectations.

But level-headed folks saw this coming a mile away. The Cupertino company pulled the same thing with the 3GS. Why recreate something brand new every year, when the cell phone business generally revolves around two-year contracts?

But does the fact that the iPhone 4S looks strikingly similar to its predecessor mean that it’s a bad handset? Of course not. In fact, in several categories, Apple’s new smartphone will still rank at the top of its class.

Here’s 10 reasons why you’ll want to buy the iPhone 4S:

Sporting the same A5, dual-core processor found in Apple’s latest tablet, the iPhone 4S is 2x faster than its predecessor. And its graphics processor got an upgrade as well. The new GPU is 7x faster than the chip found in the iPhone 4. These improvements will be most noticeable in resource-intensive apps, and especially in games. Look for developers to start utilizing the A5 to produce games with much better graphics and sharper details.

The iPhone 4S houses a state-of-the art 8MP camera, capable of taking 3264 x 2448 photos. That’s 60% more pixels than the iPhone 4’s camera, and it allows you to print out crystal clear 8×10 photos. Other new features include an improved illumination sensor, which will improve lowlight pictures, and an infrared filter to produce more accurate colors. And with Apple’s new custom ISP (Image Signal Processor), you can go from the home screen to taking a picture, in 1.1 seconds. Now that’s fast.

Although the previous iPhone was capable of capturing HD video, it was limited to just 720 lines of resolution. The iPhone 4S is capable of shooting video in full HD, which is 1080 lines. The video camera also includes pro features like temporal noise reduction, which helps you record video in lowlight situations, and image stabilization to compensate for the shakiness that typically occurs when a camera isn’t mounted on a tripod.

The iPhone 4S will come pre-installed with Siri, your very own digital personal assistant. The responding-voice recognition system uses artificial intelligence and seemingly endless knowledge to answer your questions and help you with multitask. Siri can answer trivial questions, pull up restaurants and movie theaters, and even scribe emails and text messages for you. The system stands out among other voice command technologies, because it understands plain language and has access to such a large database of information.

This feature is aimed at folks who already own an Apple TV, but it’s one of the coolest additions in the new iPhone. With AirPlay mirroring, everything you do on your iPhone can be mirrored on your TV set via an Apple TV. That means you can browse the web, type an email, and even play games on the big screen — and it’s all wireless. Game developers are already taking advantage of the new feature, creating multiplayer racing games that you can play on your TV set, while using your iPhone as the controller. AirPlay mirroring is only available on the iPad 2 and the iPhone 4S.

Apple caught a lot of heat over the iPhone 4’s antenna woes. The debacle ended up costing the company a lot of bad publicity and millions of dollars in free cases. But this time around, Apple did its homework. The iPhone 4S touts a new dual-antenna design for improved reception, and houses a new feature that switches between the two for better call quality. And if your carrier happens to support HSDPA+, your iPhone 4S will be capable of downloading data at 14.4Mbps. That’s twice as fast as the iPhone 4 and on par with other “4G” handsets.

Even with the iPhone 4S’ new A5 dual core processor, 8MP camera, and the always-ready Siri assistant, the handset still manages to hold on to its predecessor’s amazing battery life. With Apple’s new handset you can talk up to 8 hours on 3G (14 hours on 2G), you can browse the internet for up to 6 hours (9 hours on Wi-Fi), you can watch up to 10 hours of video, and listen to music for a staggering 40 hours straight. And if you’re not a heavy user, the iPhone 4S has a standby time of up to 200 hours.

Though a lot of folks were expecting a redesigned smartphone, the iPhone 4S is still a remarkable engineering feat. A year after its introduction, the device continues to be one of the slimmest (if not the slimmest) handsets on the market — even with all of its hardware improvements. The original iPhone 4 was heralded as “beautiful” and “striking,” and the iPhone 4S continues that trend. Though its 3.5″ screen might feel small in the company of other 4″+ devices, it helps keep the new iPhone portable enough to fit comfortably in your pocket.

The App Store doesn’t really need an introduction. Apple was first to strike it big in the mobile apps market, and it’s paid off for the company in dividends. The iOS platform is way ahead of the competition in the third party apps race. Not just in terms of quantity, but quality as well. Apple’s stringent app-approval process keeps out malicious software, and ensures (for the most part) that only quality software makes it into its ecosystem. The iPhone 4S will be able to run all of the App Store’s 500,000+ titles, as well as any new ones that come out that require Apple’s A5 processor.

Apple’s products are synonymous with the phrase “it just works,” and the iPhone is no exception. It’s reliable, rarely (if ever) freezes or crashes, and doesn’t suffer from the fragmentation issues that plague other mobile platforms. Apple makes the hardware, and creates the software, and both work beautifully together to provide a pain-free smartphone experience. The numbers speak for themselves. Several recent reports have found that over 90% of iPhone owners are likely to buy their next handset from Apple. Expect the iPhone 4S to continue the tradition.

Pre-orders for the iPhone 4S start tonight in the U.S. at 12:01 PST. The handset will be available in retail stores starting October 14.

Do you plan on picking one up?