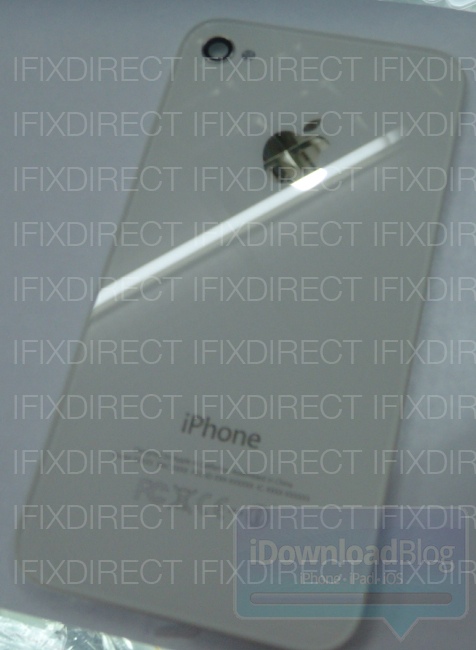 We’ve gotten our hands on some leaked iPhone 4S parts, courtesy of our friends at iFixitDirect. These particular parts match up with previous leaks, and we believe they indicate that the next iPhone will be an evolutionary update to the iPhone 4, rather than a completely revolutionary design change.

These iPhone parts come from the same source as the leaked white iPod touch parts we showed you earlier. We have a prototype of a lower tier iPhone 4S back and flex cable. Let’s take a closer look…

While we weren’t able to get our hands on the device’s front, the backing and flex cable indicate several things about the next iPhone. 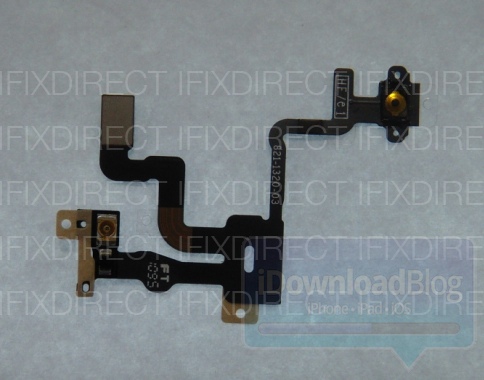 The flex cable indicates that there will be changes made to the front screen of the iPhone 4S, as the current sensors in the iPhone 4 for light dimming and shutting off the screen when in close proximity to the face are no longer there. It’s been rumored that the next iPhone will feature a larger display, and device will most likely have sleeker edges.

Our source did indicate that Apple may be working on a special paint to blend sensors with the device’s color. This paint would need to allow light through for the device’s display senors as well. We find this speculation to be probable, as the iPhone 4S will most likely be an incremental upgrade with different design aesthetics and internals. A cleaner design with sensors blended behind the paint would definitely be something up Apple’s alley. 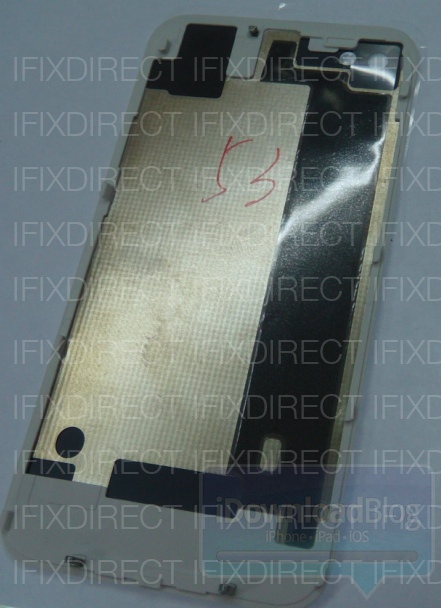 The iPhone 4’s proximity sensor has been a huge pain for Apple, and there were many cases of users reporting problems with the sensor randomly turning on and off. ‘Antennagate‘ has also plagued the iPhone 4, and this leaked back corroborates previous leaks that the iPhone 4S will feature an antenna redesign. We also affirm previous reports that Apple’s next smartphone will be a global device enabled to run on both GSM and CDMA basebands.

This back is very similar to the current Verizon iPhone 4’s design, which would mean definite changes to the device’s logic board. There is also a flash diffuser present. Our source said that light leaking into the camera is most likely no longer an issue, hence why Apple has not changed it in this 4S design.

These parts negate the previous rumor of a separated flash in the next gen iPhone. It looks like Apple will keep the current camera/flash placement on the device’s back.

This back looks identical to a recent leak, minus certain labeling and the allusive N94/N93 labels, which have previously indicated Apple’s next gen device. The lack of these labels does not detract from this leaked back’s authenticity.

Our source told us that there is word among suppliers that this back may in fact by part of the device’s antenna, which would defy all rumors of a redesigned antenna design. Apple is a company that throws curve balls all over the place to maintain secrecy, so decrypting everything proves to be very difficult. 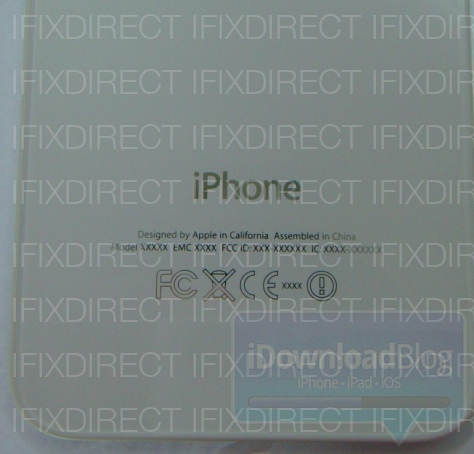 The iPhone 4S will most likely be an evolutionary update with a faster A5 processor, larger display, and minor aesthetic changes, as we have mentioned. Rumors are that Apple could also introduce a redesigned home button with multitouch gestures, but that feature may only be present in the iPhone 5.

There’s a very good chance that Apple will unveil two new iPhone models at once this Fall, with the announcement expected to take place in late September or early October. Out source feels that it’s “safe” to say that there will be an 8GB iPhone released alongside a totally different iPhone 5 device.